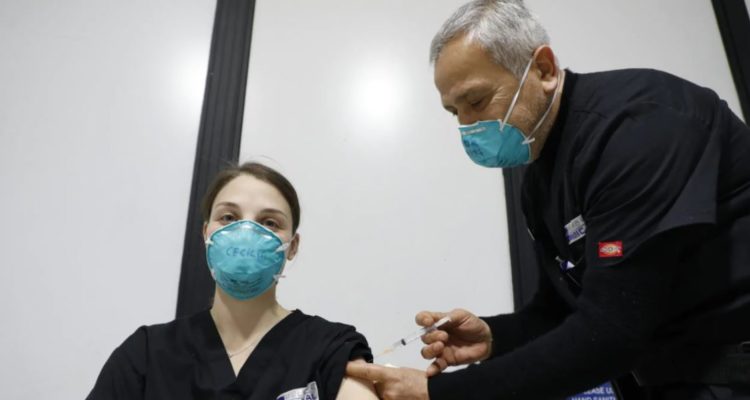 I was vaccinating a group of severely disabled people at Sydney’s Macquarie Hospital a few Saturdays ago when a nurse pointed to the television.

Thousands of anti-vaxxers were marching through the centre of the city. The image of those people wilfully disregarding the public health orders and putting at risk the vulnerable people I was trying to help was too much. I felt like someone had stabbed me in the back.

I limped through the rest of the afternoon and drove back home to western Sydney. My wife, Lana, had cooked me dinner but I was too tired. I had a drink of water and went straight to bed.

A few days later I found blood in my urine. A later scan at hospital showed I had kidney stones, which required a small procedure to insert some stents. I’ve kept working through the pain as much as I can because I care so deeply about protecting my community against Covid-19.

But a different sickness hit me this week: that of the corrupt Lebanese political system. My brother, a former justice minister, called to say that I’d been sentenced to 10 years in jail for being a traitor.

All for another cause I care deeply about: the fate of vulnerable Palestinians who require healthcare in Israeli hospitals.

Read the article by Jamal Rifi in The Australian.