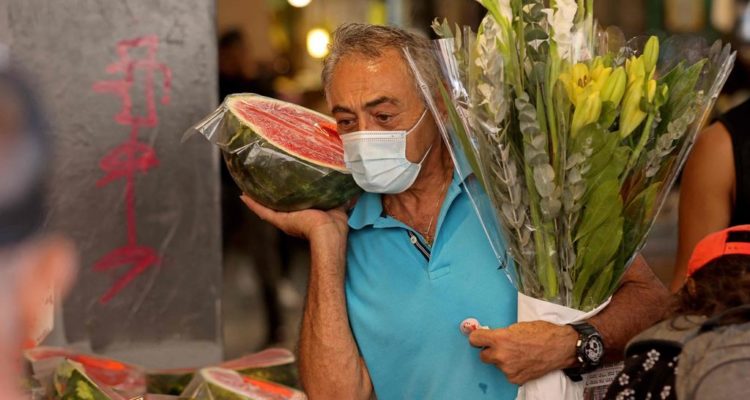 Israel is seeing a return of Covid-19, despite being heavly vaccinated.

Israel, UK, Singapore: What living in an 80 per cent double vaccinated country looks like

This is what Australians can expect as we look to Israel, the UK and Singapore to see what life is like with 80 per cent of their people vaccinated.

Israel was a world leader in getting its citizens vaccinated and reached high rates much quicker as a result.

It relaxed restrictions before it reached 80 per cent, but was then hit with a surge in cases.

There have been big gatherings, festivals, and unrestricted travel – all largely without restrictions, including mask use.

So far in September, more than 10,000 confirmed cases a day have been recorded. This exceeded the peak number of cases from January. Israel has a population not much larger than that of NSW.

The cases are being caused largely by the unvaccinated – and children are catching the virus and spreading it to their parents, further fuelling the new wave of infections.

With under 12s factored in, only 68 per cent of its whole population is fully vaccinated

However, the seven day average of deaths, while climbing from recent months, is still below the January peaks – the rolling average this week is 23 deaths a day and was 61 a day in mid-January.

As of September 6, at least 2.6 million people in Israel—around 28 per cent of the population—have now had the booster shot of the Pfizer vaccine, according to the Israeli Health Ministry.