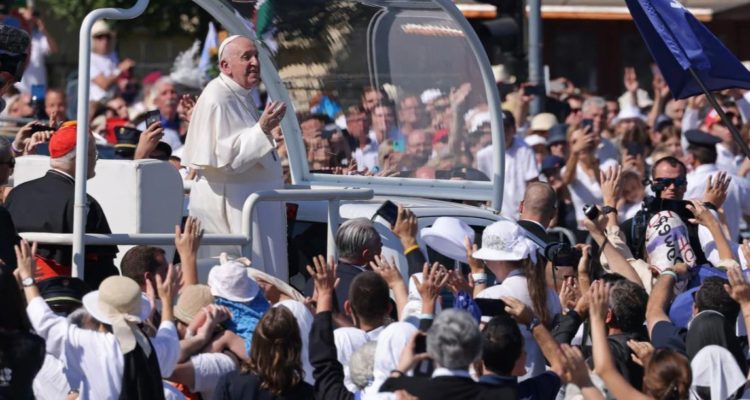 Pope Francis prepared to meet with members of Slovakia’s remaining Jewish community on Monday, a day after warning of “the threat of anti-Semitism still lurking” in Europe and beyond.

The 84-year-old Argentinian pontiff on Sunday sent a pointed message to Hungary’s Viktor Orban, the Prime Minister who is against accepting migrants, telling the country to welcome new arrivals during a papal visit.

Speaking in Heroes’ Square, Budapest, at the end of a mass ­attended by thousands, during which Mr Orban sat in the front row, Francis said: “Religious sentiment has been the lifeblood of this nation, so attached to its roots.” But he added: “The cross, planted in the ground, not only invites us to be well-rooted, it also raises and extends its arms ­towards everyone.”

On his first trip since an operation in July, Francis spent seven hours in Budapest to attend the mass and the closing of a Eucharistic conference before heading for Slovakia for a four-day visit. He found time to meet Mr Orban, who has said he is protecting Hungary’s Christian heritage by building walls to keep out Muslim migrants. Francis, who urges leaders to welcome migrants, has argued that politicians who build walls “are not Christian”.

Read the article by Catherine Marciano in The Australian.