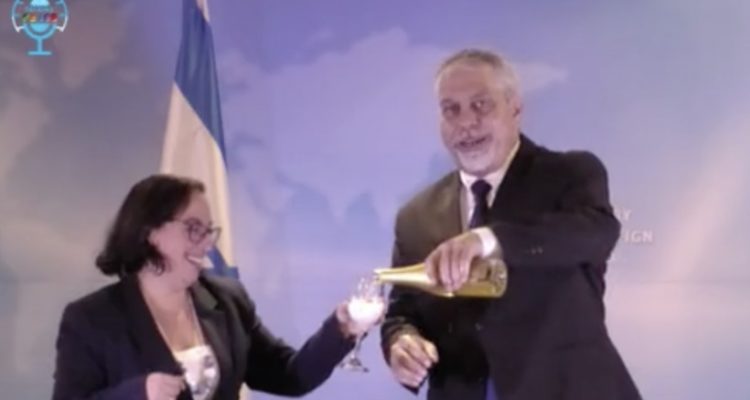 Israeli authorities have held a record 12-hour marathon of back to back interviews with journalists from around the world to celebrate the signing of the Abraham Accords at the White House in Washington one year ago.

“This project is part of the celebration of the year of peace. The first anniversary of the peace and normalisation agreement of the UAE, Bahrain and with Morocco,” Mr Haiat said.

“This is a tough challenge and we’re going to be here from now 8am Israel time until at least 10 or 11 pm. It’s a crazy challenge but here we are today.”

The signing of the Abraham Accords represented a decision to look to the future of the Middle East rather than dwell on the past.

“The agreement created opportunities with other countries but also for citizens of those countries to feel the benefits of peace. It’s a peace agreement that will touch the lives of citizens and will make their lives better.”

In the year since the Abraham Accords were signed, Israel has opened a Consulate-General in Dubai, an Embassy in Abu Dhabi, and an Embassy in Manama (Bahrain).

Read the article in the Burnie Online News.