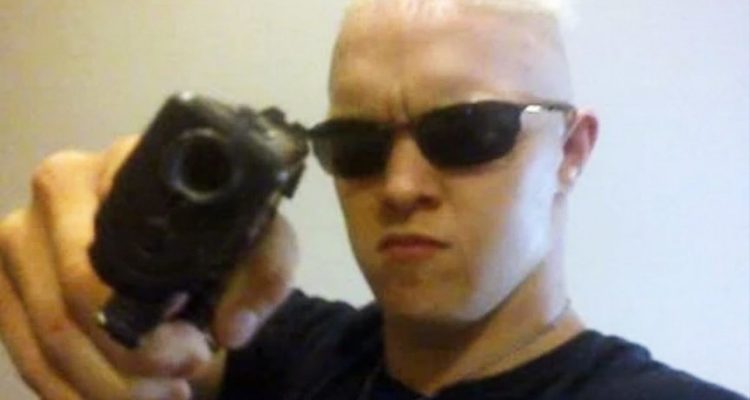 Michael James Holt has been sentenced to an additional two years and two months after child abuse material was found in his cell.

A white supremacist jailed for possessing child-abuse material and an arsenal of weapons in 2017 is set to spend another two years behind bars after officers found disturbing hand-drawn pornographic imagery in his cell.

Michael Holt, 31, was sentenced to 4½ years’ jail in 2017 after police uncovered child-abuse material and a stockpile of weapons – including replica pistols, homemade shotguns, slingshots and knuckledusters – in raids on his mother’s and grandfather’s houses in outer western Sydney and at the Tall Timbers Hotel in Ourimbah.

One week after he became eligible for parole for those offences, on March 16, 2020, officers at Long Bay Correctional Centre conducted a search of his cell and discovered a number of hand-drawn images depicting children engaged in a variety of sexual acts.

The documents seized included a booklet of 16 black and white hand-drawn pictures, a series titled “Mandy and Max” depicting a prepubescent girl engaging in bestiality with a dog, and several full-coloured illustrations Holt admitted to drawing himself, which depicted him in sexual poses with children. He pleaded guilty to possession and production of child-abuse material.

On Friday, NSW District Court Judge Jennie Girdham said among the images Holt had drawn was a seven-page drawn document about an adult male sexually engaged with female children aged three and six, one depicting the three-year-old “squealing in pain”.