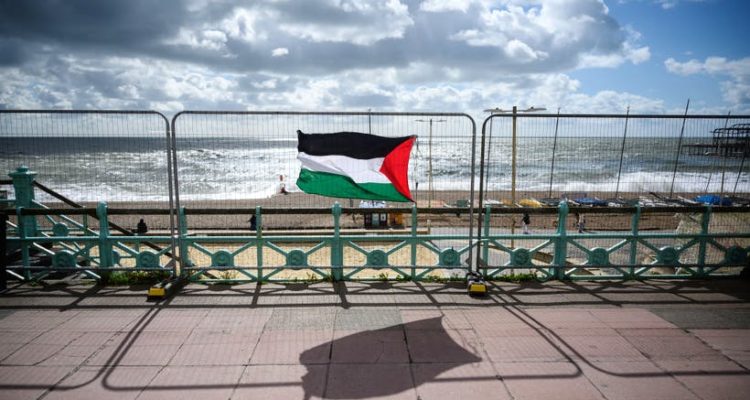 As unhinged Labour conference motions go, the party’s anti-Aukus resolution will likely capture the headlines. The text describes the new defence pact between Australia, the UK and the US as a ‘dangerous move that will undermine world peace’. Sir Keir Starmer is on record backing the alliance but the Labour leader can at least take comfort in how close the card vote was: a mere 70.35 per cent of delegates voted for the motion.

For a classic Labour conference motion, though, the prize has to go to the composite on… the NHS? Covid? Fuel shortages? No, silly: Palestine. A motion was passed which ‘condemns the ongoing Nakba in Palestine’, using the Arabic term for ‘catastrophe’, which is how the establishment of the state of Israel is generally referred to in the West Bank, Gaza and constituency Labour party meetings. The motion calls the policing of a Palestinian riot on the holy Temple Mount in Jerusalem ‘Israel’s militarised violence attacking the Al Aqsa mosque’. The text says it is ‘ever clearer that Israel is intent on eliminating any prospects of Palestinian self-determination’. (Israel has repeatedly offered peace and statehood and been rebuffed by the Palestinian side.) It also ‘notes’ claims by NGOs’ ‘that conclude unequivocally that Israel is practising the crime of apartheid’, calls for sanctions, and backs a Palestinian ‘right of return’ to Israel.