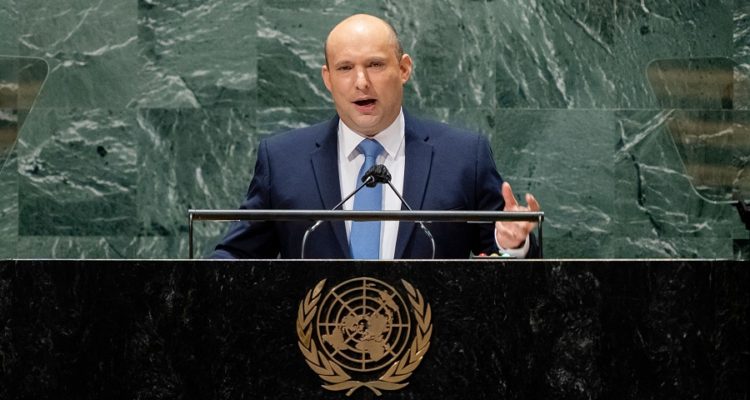 Israel says Iran has breached all the “red lines” aimed at curbing its nuclear weapons program, but that Israel “will not allow” Tehran to get the bomb.

In his first address to the UN General Assembly, Prime Minister Naftali Bennett claimed the ­Islamic republic had in recent years taken “a major leap forward” in its nuclear production capacity and ability to enrich weapons-grade uranium.

“Iran’s nuclear weapon program is at a critical point, all red lines have been crossed,” Mr Bennett said on Monday (Tuesday Australia time).

“There are those in the world who seem to see Iran’s pursuit of nuclear weapons as an inevitable reality, as a done deal, or they have just become tired of hearing about it.

“Israel doesn’t have that ­privilege.

“We cannot tire. We will not tire. Israel will not allow Iran to ­acquire a nuclear weapon.”

Iran responded rapidly, with its ambassador to the UN, Majid Takht Ravanchi, tweeting that Mr Bennett’s speech was “full of lies”.

“That regime is in no position to discuss our peaceful program when it has hundreds of nuclear warheads,” he said.

Iran, which says its nuclear program is for civilian purposes, said on Friday that it expected talks to resume soon on reviving a 2015 landmark agreement scaling back its program in exchange for sanctions relief.

The agreement started to fall apart in 2018 when the US withdrew from it and reinstated sanctions. Iran in turn again started to ramp up its nuclear activities.