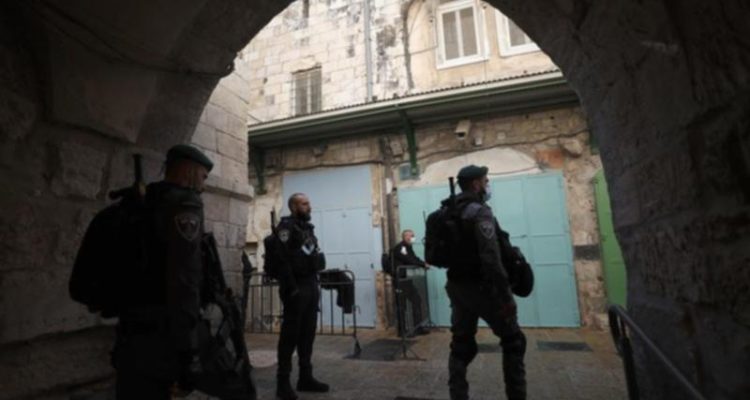 israeli police say a Palestinian woman was killed after she allegedly tried to stab officers. (EPA)

A Palestinian woman has attacked several police officers with a knife in the Old City of Jerusalem, according to Israeli police.

The police officers then fired at her, fatally wounding her, according to a statement on Thursday.

No members of the security forces were injured.

The woman was from near Hebron in the southern West Bank, the statement said.

Two other people were injured.

The Palestinian organisation Islamic Jihad subsequently announced that the dead man was a member of its armed unit the al-Quds Brigades.

According to the army, the operation against the military infrastructure of the Islamist Palestinian organisation Hamas was intended to arrest suspects and detect weapons.

During the operation, an armed assailant fired at the soldiers, who fired back and killed the man.

In yet another incident in the border area of the Gaza Strip, a 41-year-old bird hunter was shot dead by Israeli soldiers, according to Palestinian sources.

Rescue workers had taken the body to hospital.

The army said on Twitter that three suspects had approached the border fence.

One of the three was carrying a suspicious bag and was digging in the ground.

The soldiers fired at the suspect.