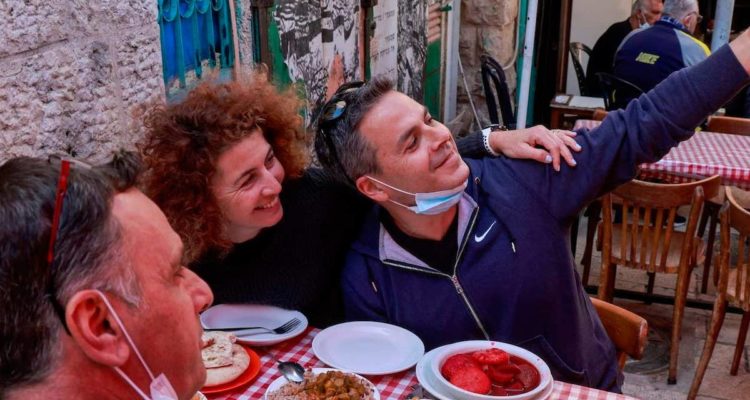 People eat at a restaurant in Jerusalem, on March 7, 2021, after Israel reopened restaurants, bars and cafes to vaccinated ‘green pass’ holders. (Menahem Kahana/AFP/Getty)

It is the first country to require a booster for a vaccine certification, per the Associated Press.

Under new rules, the access allowed by having two doses of vaccine will expire after six months. Then, people will need to prove they had a booster shot.

The country is due to reset its “green pass,” a certificate of COVID-19 immunity that grants access to non-essential indoor venues like shops, restaurants, cultural events, gyms, in the next couple of days, Haaretz reported.

Those over the age of 12 without a booster shot will see their green pass privileges revoked once six months has passed since their last shot.

Those who do not receive a booster can instead access venues with a negative PCR or antigenic test or proof that they had COVID-19 and recovered in the past six months, per a Health Ministry press release.

Read the article by Marianne Guenot in Business Insider Australia.