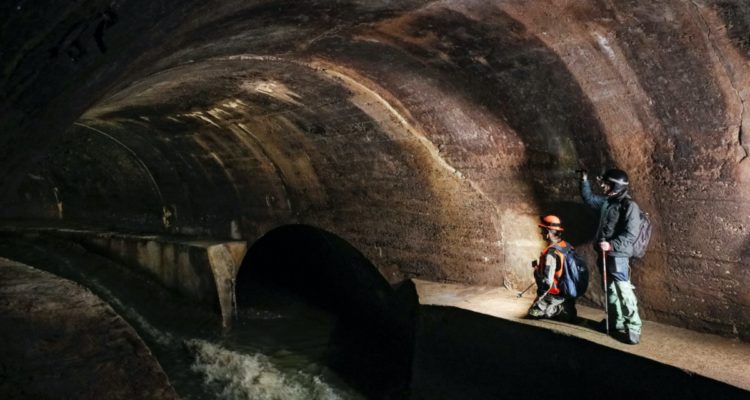 Diggers Andriy Ryshtun and Oleksandr Ivanov explore the city sewage system where dozens of Jews were hiding from the Nazis during World War II in Lviv, Ukraine, on 25th September. (Reuters/Gleb Garanich)

Under cobblestone streets in the western Ukrainian city of Lviv, diggers have uncovered new hiding spots in underground sewers where some Jews managed to flee from Nazi occupying forces during World War II.

More than 100,000 Jews, or around one third of the city’s population at the time, were killed by the Nazis, according to the local historian Hanna Tychka.

A few managed to survive, including father and daughter Ignacy and Krystyna Chiger, who escaped from the Jewish ghetto by digging a tunnel to the city’s sewage system, and later wrote books recounting their experiences.

Tychka and local diggers said they recently uncovered the exact area where Chiger’s family lived in 1943-1944, using the books as a guide.

Chiger dug a seven-metre-long tunnel to the sewer from his ghetto barrack, breaking the sewer’s concrete wall, which was 90 centimetres thick, Tychka said.

“They had to work quietly so that Nazis would not find out that digging activity was happening in the barrack basement. The Jews used a hammer wrapped in a duster,” Tychka told Reuters near the site of the discovery.

Ukraine this September and October is marking the 80th anniversary of the mass shooting of nearly 34,000 civilians at the wooded ravine of Babyn Yar in the capital Kyiv, one of the biggest single massacres of Jews during the Holocaust.