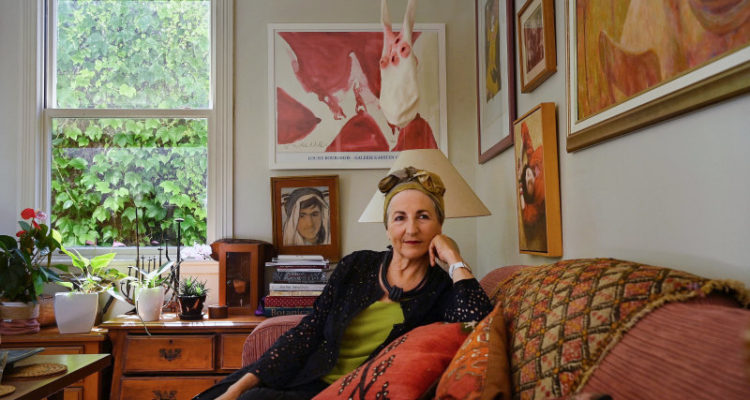 In her new documentary Balmain artist Ella Dreyfus wants “to tell the German people what happened to two little boys who escaped”.

One of those boys who escaped Nazi Germany as war clouds gathered in May 1939 was her father, Richard. The other was his little brother, George. Their parents – Hilde and Alfred – were secular German Jews.

“My aim through this film is to open up a dialogue for subsequent generations to confront their inherited traumas and reclaim our Jewish lives in Germany,” says Dreyfus.

Dreyfus Drei is not about the boys’ arrival in Melbourne or their time in a Jewish orphanage before their parents joined them just as war broke out. Rather it addresses intergenerational trauma and Ella Dreyfus’s long-held dread of Germany.

Making the film, she says she “reclaimed” Berlin’s playgrounds and city farms in the names of her late father and her uncle, 94.

The film was shot on location in Sydney, Melbourne and Germany. It follows the artist to a cemetery and to children’s play areas in Berlin where she spells out the phrases “We are Jews” and “Our Name is Dreyfus” in German in colourful felt lettering. The choice of medium is a reference to Richard and George’s childhood.

Read the article by Elizabeth Fortescue in The Sydney Morning Herald.