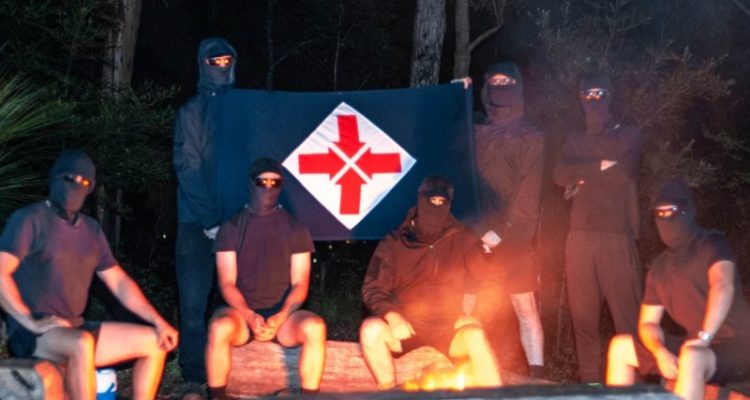 ‘I thought we would be killed,’ alleged neo-Nazi victim tells court

A hiker, who was with two friends when their car was surrounded by a group of alleged neo-Nazis in regional Victoria, said he thought he was going to be killed when he saw a man thrust a knife through the vehicle’s window.

The man told a court on Thursday that a group of men, some armed with knives and dressed in black, allegedly attacked the car after he had filmed them on his phone following a hike in central Victoria.

Police allege Thomas Sewell, 28, and Jacob Hersant, 22, both leaders within Australia’s national socialist movement, were among the group dressed in black T-shirts with white symbols on them.

The pair are facing a committal hearing in the Melbourne Magistrates Court on charges of armed robbery, affray and violent disorder over the alleged incident on May 8 at the Cathedral Range State Park.

On Thursday, several of the alleged victims, whose identities are suppressed, gave evidence.

One man told the court he had returned from the hike with his friends and was in the car park when a man dressed in black with an eagle tattoo on his calf passed him.

He told the court he recalled news coverage earlier in the year about the neo-Nazi meetings in the Grampians in which “someone had … advised to take photos or videos”.