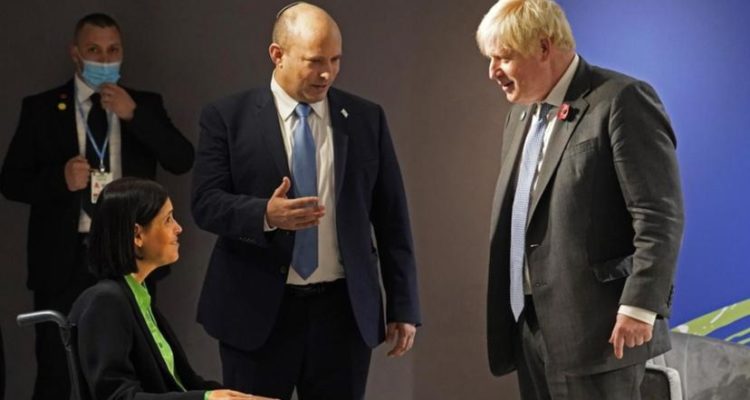 UK Prime Minister Boris Johnson has apologised to Israel’s energy minister after she complained that lack of wheelchair access had stopped her from attending the first day of the United Nations COP26 summit in Glasgow.

A belatedly-arranged wheelchair accessible taxi transported Karine Elharrar, who has muscular dystrophy, to the venue on Tuesday.

Israeli Prime Minister Naftali Bennett, one of the world leaders attending the summit, escorted her inside.

Elharrar said on Monday she was sad that she could not reach the conference grounds because the only options to get there from the gathering area were to walk or board a shuttle that was not suited to her wheelchair.

She accompanied Bennett to a meeting at the conference site with Johnson on Tuesday which was recorded in a video disseminated by the Israeli prime minister’s office.

“I gather there was some confusion with the arrangements yesterday. I’m very, very sorry about that,” Johnson told her.

Earlier, UK Environment Secretary George Eustice suggested in a BBC interview that Israel may not have made the hosts aware of Elharrar’s particular needs in advance.

Read the article on Perth Now and Augusta-Margaret River Times.