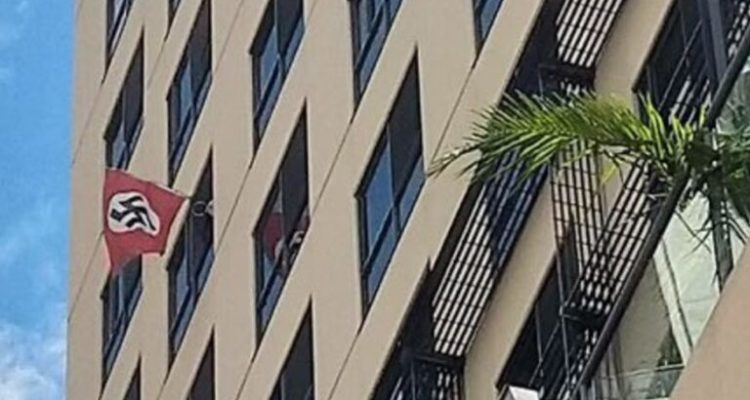 A Nazi swastika graffitied on a Palaszczuk government MP’s office has renewed a push for tougher penalties for hate crime offences.

Queensland Labor’s Don Brown has referred the disturbing act to police and authorities are sifting through CCTV footage of the member for Capalaba’s face being brandished with the notorious icon.

However, under current state laws, weak hate crime and racial vilification legislation means the perpetrator could only be charged with public nuisance offences if caught.

“The hate crime legislation should be amended to ban Nazi symbols in all forms,” Mr Brown told NCA NewsWire.

Queensland laws to prosecute offensive acts are currently being reviewed by lawmakers through the serious vilification and hate crimes committee, which is due to hand down its report to state parliament in January.

The legal affairs committee has been flooded with more than 80 submissions detailing horrific instances of racial abuse in Queensland and it was widely hoped it would recommend criminal offences after a disturbing sequence of the swastika emblem being publicly paraded.

“We acted quickly to refer the issue to the parliamentary legal affairs and safety committee to look at how we can strengthen our laws to protect Queenslanders, because hate crimes have no place in our community,” she said in a statement to NCA NewsWire.

Read the article by James Hall (NCA NewsWire) in The West Australian.