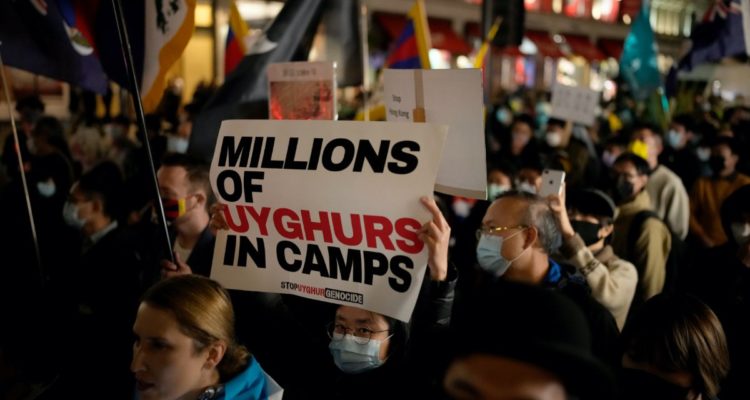 The US Holocaust Memorial Museum says it has compiled evidence of increasing government repression against Uighur Muslims in China’s western Xinjiang region.

In a new report released Tuesday, the museum’s Center for the Prevention of Genocide says there is now “a reasonable basis” to believe that previously alleged crimes against humanity versus the Uighurs are growing amid a concerted campaign to hide their severity.

“The Chinese Government has done its best to keep information about crimes against the Uighurs from seeing the light of day,” said Tom Bernstein, the chairman of the museum’s Committee on Conscience. “The Chinese Government must halt its attacks on the Uighur people and allow independent international monitors to investigate and ensure that the crimes have stopped.”

China has repeatedly rejected charges of human rights abuses and atrocities in the region.

The report, which cites witness testimony, publicly available information from dissidents and accounts provided by human rights groups, expands on the museum’s March, 2020, findings that the Chinese Communist Party had persecuted, unlawfully imprisoned and otherwise severely deprived Uighurs of their physical liberty.

The new findings include allegations of forced sterilisation, sexual violence, enslavement, torture and forcible transfer. The US Government has already determined that China’s actions against Xinjiang’s Uighur Muslim and other minority populations amount to genocide.

Read the article by Matthew Lee in Sight Magazine.