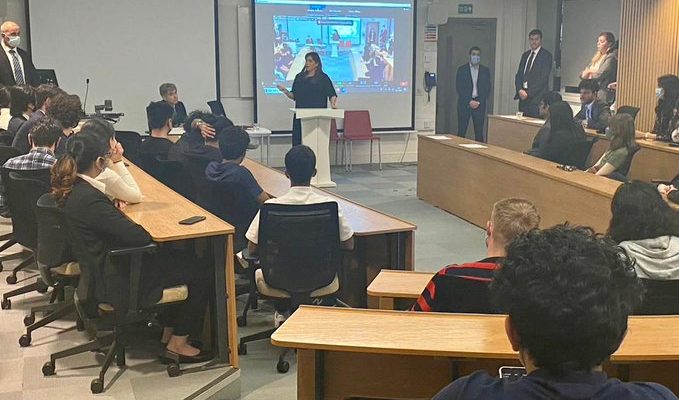 Tzipi Hotovely had an excellent event at #LSE. She said she will continue to share the Israeli story and hold open dialogue with all parts of British society.

UK Israeli Ambassador Tzipi Hotovely was “hassled and abused” by pro-Palestinian student activists during an event at the London School of Economics, according to Sky News guest host Daisy Cousens.

Ms Hotovely was invited to the LSE to give an Israeli perspective as part of a series of talks on the Middle East – before being heckled by student protesters during her presentation, Honest Reporting reports.

“Fortunately, she was eventually able to do the talk to a packed room but boy she must’ve been scared in that moment because it was very ugly,” Ms Cousens said.

Watch the report by Daisy Cousens on Sky News.