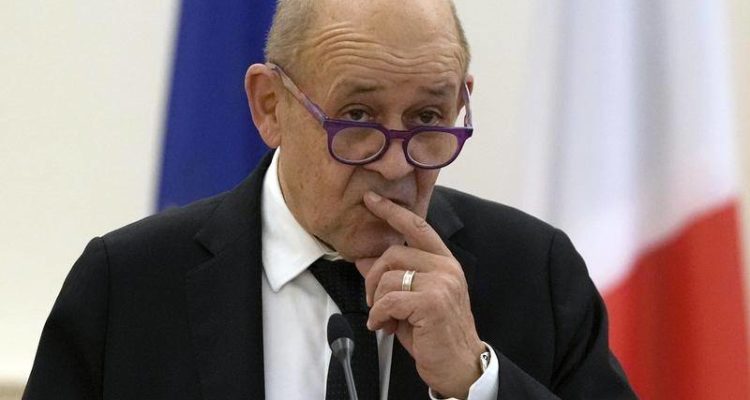 Jean-Yves Le Drian has fired a nuclear warning at Iran ahead of proposed talks in late November.

France’s foreign minister has warned Iran not to come to the next round of talks on reviving the 2015 nuclear deal with a “sham” negotiating stance, a day after Paris urged the board of the UN atomic watchdog to send the Islamic Republic a tough message.

Tehran had earlier responded to Paris by saying the International Atomic Energy Agency (IAEA), which verifies Iran’s compliance with the 2015 deal with world powers limiting its nuclear program, must be “free of any political conduct”.

The statements highlighted rising tension before the United States, Iran and other world powers resume indirect negotiations on November 29 aimed at reviving the deal, five days after a meeting of the IAEA’s Board of Governors.

Six rounds of indirect talks were held between April and June.

The negotiations were interrupted after the election of a new Iranian president, Ebrahim Raisi, who has said Iran will not back down in the talks.

Paris warned Tehran over what US and European diplomats view as unrealistic demands, including a call for all US and EU sanctions imposed since 2017 to be dropped.

Read the article by John Irish in Perth Now and The Canberra Times.