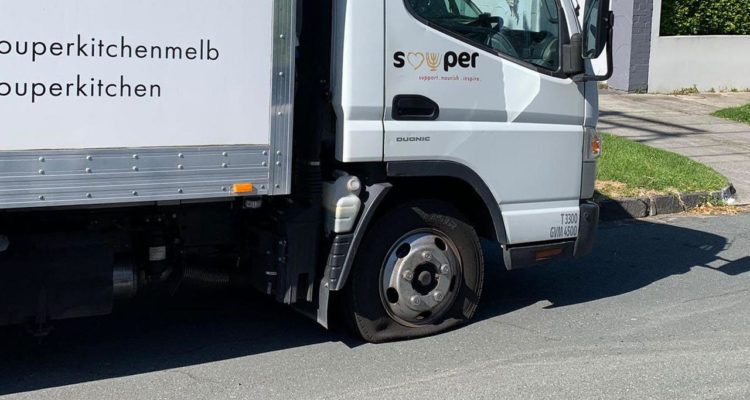 A Jewish soup kitchen that has been vandalised repeatedly fear anti-Semitism is to blame for the frequent attacks on their Caulfield charity.

The director of a Jewish soup kitchen that has been repeatedly hit by vandals fear anti-Semitism is behind the increasing attacks on their property.

The tires of Souper Kitchen’s van in Caulfield were slashed for the third time in just a few months this week.

It’s left the women who dedicate their time to feeding the cities’ vulnerable — including Holocaust survivors, public housing residents and others struggling to afford food — scared to leave the kitchen after dark.

It occurred just months after someone broke into their premises and “destroyed” everything, at a time when they were trying to cope with a fourfold increase in demand.

Director Sarah Bendetsky said it happened on the eve of Yom Kippur, “the holiest day of the year for the Jewish community”.

“It was very, very ugly and we believe it was anti-Semitic,” she said.

“It made us feel very vulnerable.

“The logo on our truck is clearly Jewish.

“This is happening outside my door and I don’t feel comfortable going out sometimes.”

This week’s tire slashing was the fifth time their van has been vandalised — the wing mirrors have also been snapped off and their trailer stolen and dumped in two separate incidents earlier this year.