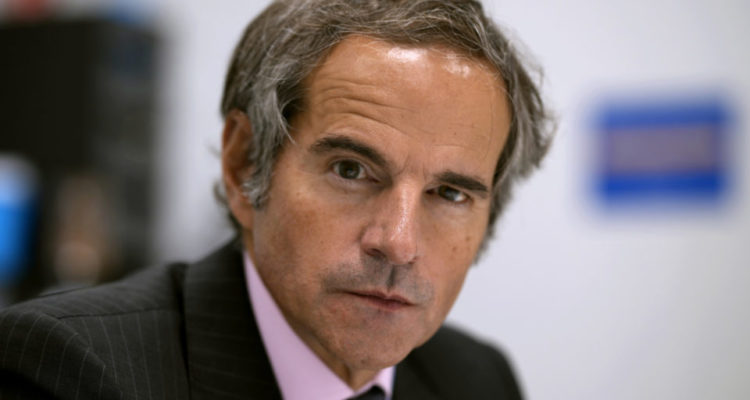 The head of the UN's nuclear watchdog is urging Iran to allow more access to monitoring technology. (AP)

The head of the United Nations’ nuclear watchdog has asked Iranian officials for greater access in the Islamic Republic ahead of talks restarting over the tattered nuclear deal with world powers.

In the wake of then-President Donald Trump’s unilateral withdrawal from Iran’s deal, the Islamic Republic now enriches small amounts of uranium up to 60 per cent purity – its highest ever and close to weapons-grade levels of 90 per cent.

While Iran maintains its program is peaceful, regional rival Israel has repeatedly warned it won’t allow Tehran to build a nuclear weapon and is suspected of launching attacks targeting its program.

The US under President Joe Biden, meanwhile, has said it’s willing to return to the deal, but has warned time is running out.

Iran has taken a harder tack ahead of the talks under new President Ebrahim Raisi, a protege of Supreme Leader Ayatollah Ali Khamenei.

On Tuesday, Mr Grossi went to the Atomic Energy Organisation of Iran, the country’s civilian nuclear agency, for his third such visit since February and spoke with its new head Mohammad Eslami.

Read the article by Nasser Karimi and Jon Gambrell in The New Daily.