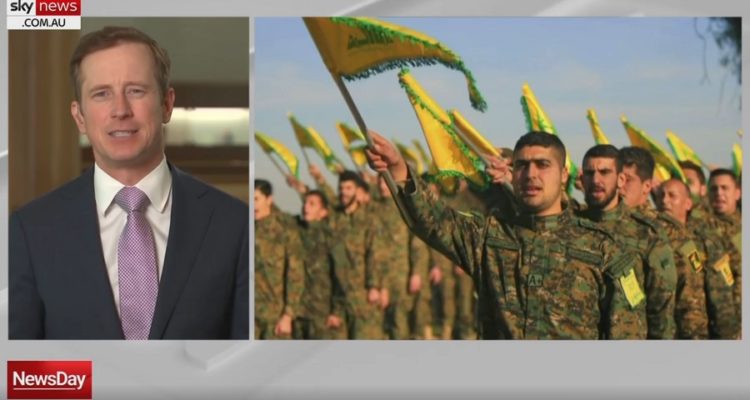 Australia to label neo-Nazi group The Base, the entirety of Hezbollah ‘terror organisations’

Australia is moving to expand its terror list adding far right group The Base and the Iran-backed Shiite group Hezbollah to the 26 organisations already recorded under the criminal code.

“Listing these organisations sends a very strong message that Australia condemns the use of terrorism to achieve political, ideological or religious objectives,” she said.

“There is absolutely no place in Australia for violent extremism. There is no cause – religious or ideological – that can justify killing innocent people.

“The Morrison Government is committed to ensuring Australia has the right tools and legislation in place to combat the enduring threat of terrorism.”

Described by Ms Andrews as a “violent, racists, neo-Nazi group” known by security agencies to be planning terrorist attacks.
Known to have paramilitary training camps overseas and has been branded a terror group by Canada and the United Kingdom.

Hezbollah has threatened terror attacks and provided support to terror organisations.
Hezbollah’s external security organisation has been on the terror list since 2003.

Asked why it had taken more than a year to list The Base as a terror organisation, Ms Andrews said she needed to consult broadly before making a decision.

“As I’ve indicated, it’s not something that I take lightly, and neither should I,” she said. “I take very seriously my role as the Minister for Home Affairs.”

Watch the report by Brianna McKee on Sky News.