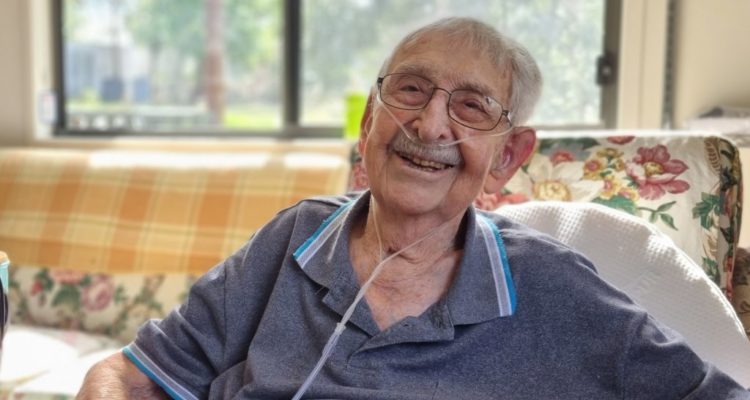 Ginsberg now lives in Samford, west of Brisbane. He will turn 100 on November 28.

I just thought to myself, this is how I die’: Jewish WWII soldier

Sam Ginsberg drops to the ground. Bullets snake up the ground towards him. Dirt flying. The roar deafening.

All that stands between Ginsberg and death is 100 yards.

It’s 1941 and as a driver for the South African Army fighting in Libya, the young lance corporal has made a trip to pick up “goodies” from the Navy, Army and Air Force Institutes store at the request of his mates while on a Christmas rest from fighting on the frontline.

“I just thought to myself, this is how I die,” Ginsberg recalls.

“I wasn’t frightened. Nothing to be frightened of. It was going to be over in seconds.”

Ginsberg has parked his truck a few metres from others as protection in case they are bombed. Other men start scrambling into trenches.

“As I get out of the truck I hear a plane, and he sounds very close. I don’t like it,” he says, shaking his head.

“As I got out and I heard this I just dropped, and at least if you’re on the ground you’ve got a chance of missing heavy shrapnel and stuff floating around.

“I put my head up to the front wheel and I look either way and the horror of horrors – I see the ground about 100 yards ahead of me … and I realise he’s coming for me.”

Read the article by Cloe Read in the Brisbane Times.