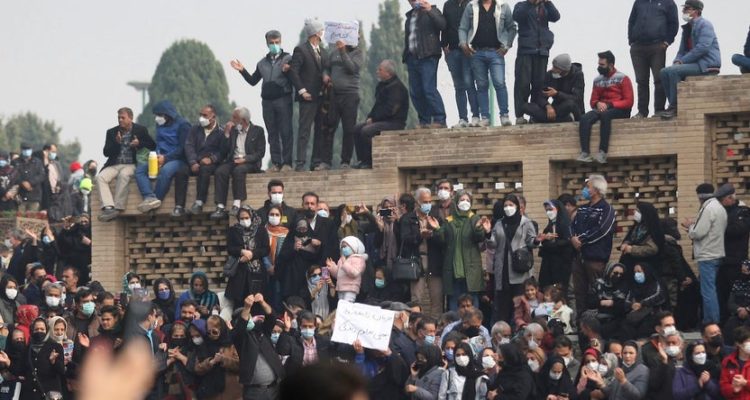 With 97% of the country dealing with some level of drought, Iranians are protesting water shortages

Police in Iran fired tear gas at protesters demanding the government do something about drought, the Associated Press reported.

The New York Times reported that the Iran Meteorological Organization estimated that around 97% of the country is dealing with some level of drought.

Last month, AFP reported that Tehran was facing the worst drought it’s seen in 50 years. Between September 23 and October 26, the city had only 0.4 millimeters of rain.

Protests were ongoing in the city of Isfahan for two weeks, the Times reported, but on Friday officials clamped down after they spread to another city. The AP reported that there were about 500 people protesting in Isfahan before security forces showed up.

Police also used batons against protesters and video taken by activists showed some demonstrators bloodied but it’s not yet known how many were injured, the AP reported.

The AP reported that farmers in Isfahan used to have their farming areas supplied by the Zayanderoud River. However, in recent years factories have grown to rely on the river as well.

Read the article by Sarah Al-Arshani in Business Insider Australia.