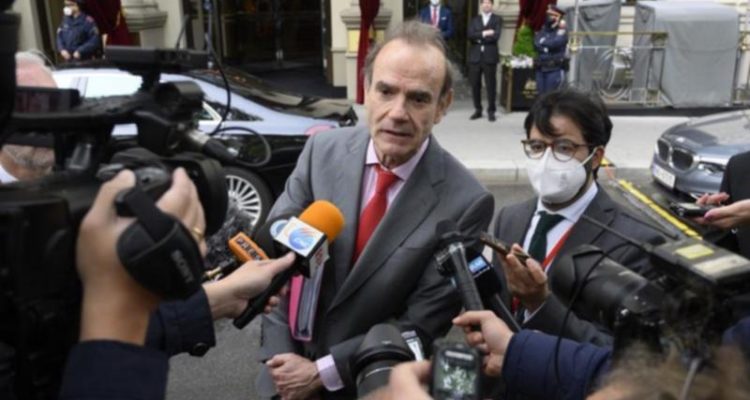 "I feel extremely positive about what I have seen today," Enrique Mora said after the meeting. (EPA)

EU, Iranian and Russian diplomats have sounded upbeat as Iran and world powers held their first talks in five months to try to save their 2015 nuclear deal, despite Tehran taking a tough stance in public that Western powers said would not work.

Diplomats say time is running out to resurrect the pact, which then-US president Donald Trump abandoned in 2018 in a move that infuriated Iran and dismayed the other powers involved – Britain, China, France, Germany and Russia.

European Union, Iranian and Russian delegates to the talks offered optimistic assessments after the new round began with a session of the remaining parties to the deal, without the United States – whom Iran refuses to meet face-to-face.

“I feel extremely positive about what I have seen today,” Enrique Mora, the EU official chairing the talks, said after the meeting – the seventh round of talks aimed at reviving a deal under which Iran limited its disputed uranium enrichment program in return for relief from US, EU and UN economic sanctions.

Mora told reporters the new Iranian delegation had stuck to its demand that all sanctions be lifted. But he also suggested Tehran had not rejected outright the results of the previous six rounds of talks held between April and June.

“They have accepted that the work done over the first six rounds is a good basis to build our work ahead,” he said. “We will be of course incorporating the new political sensibilities of the new Iranian administration.”

Read the article by Francois Murphy, Parisa Hafezi and John Irish (Reuters) in The West Australian.