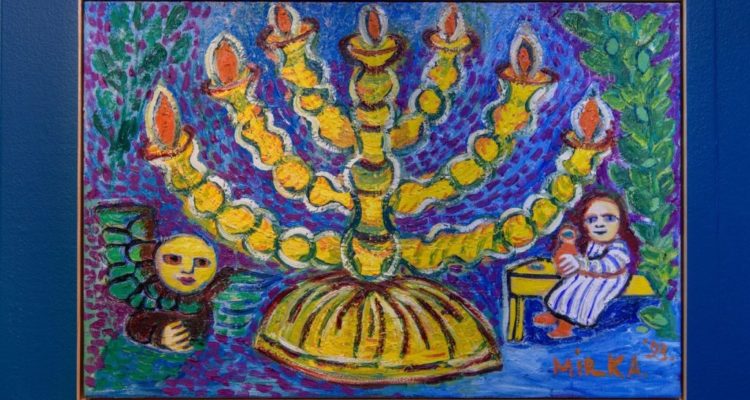 Hanukkah 2021: Light will lead the way

During the Festival of Lights, there are plenty of events that celebrate the resilience and dedication of Jewish artists, creators and survivors.

This year, the Jewish Festival of Lights (Hanukkah or Chanukah) takes place from 28 November to 6 December, determined annually by the 25th day of the Jewish month of Kislev.

While originally commemorating the recovery of Jerusalem, modern celebrations of the eight-day holiday involves lighting a candle on the purpose-built Chanukiah each night, playing dreidel (spinning top) and handIng out gelt (gold foiled chocolate coins).

For many Jewish people around the world it would be the first time in two years where families were allowed to gather, and there are plenty of events happening across Australia to join in the festivities.

As one of Australia’s most beloved modern artists, a major exhibition of Mirka Mora is held at the Jewish Museum of Australia in Melbourne, now extended until 30 January 2022.

The most expansive survey to date, with over 200 never-exhibited works before, MIRKA offers an intimate view into her rich and fascinating personal history that ‘radiates with hope, love, joy and resilience,’ said Jessica Bram, Director and CEO of Jewish Museum Australia.

The exhibition features a special commission by Australian audio conceptual artists Madeleine Flynn and Tim Humphrey, who created an encompassing soundscape, guiding visitors through the show by Mirka’s own voice recounting stories and memories.

The show is one which will lift the spirits, sticks true to the celebration of Hanukkah – meaning ‘dedication’ in Hebrew – and can be enjoyed by all.

Read the article by Celina Lei in ArtsHub.