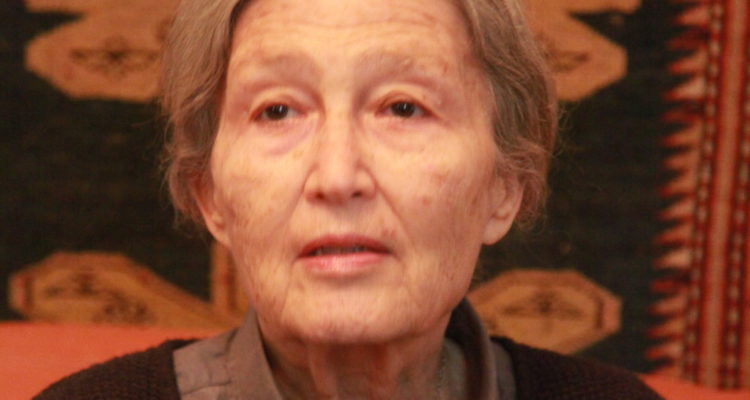 Mira Crouch told of her past in several books.

Mira Crouch: new life after growing up in Nazi-occupied Belgrade

Mira Crouch grew up in German-occupied Belgrade and only escaped persecution because she was a “Mischling,” of mixed blood.

She arrived in Sydney in 1951 aged 19 years old and through her writing tells of her journey from Belgrade to Australia, a journey that spanned not just physical distance but her experience of being an alien in Australia.

Mira was not just, over half a century, a deeply rooted resident and then a wise woman of Glebe. She was a significant scholar, a noted academic teacher, a great cook and exponent of the many “secrets” of “Old European” housekeeping and kitchen-craft, and also the author of two evocative volumes of memoirs, War Fare: Sustenance in a Time of Fear and Want (2008) and Almost There: A Memoir of Migration (2013).

Mira was born in Belgrade in 1932, the daughter of a cosmopolitan Austro-Hungarian Jew and a lady of Serbian family background. The intersection and combination of, and tensions between, those two worlds was not merely symbolised but for Mira geographically embodied and historically affirmed by the confluence of the two rivers where Belgrade arose, the Mittel-Europa Danube and the Serbian, Slavic Sava. Belgrade, Mira wrote, was “a city of special character and spirit”, but also “a confusing and ever-troubled place”, sitting uneasily between two different worlds, East and West.

Belgrade was bombed by the Germans in April 1941 and fell quickly thereafter. War Fare gives a Mira’s account of her Serbian-Jewish family life during the Nazi occupation, and the joy that her family took in creating meals out of meagre wartime ingredients.

Read the obituary by Kathryn Lovric and Clive Kessler in The Sydney Morning Herald.