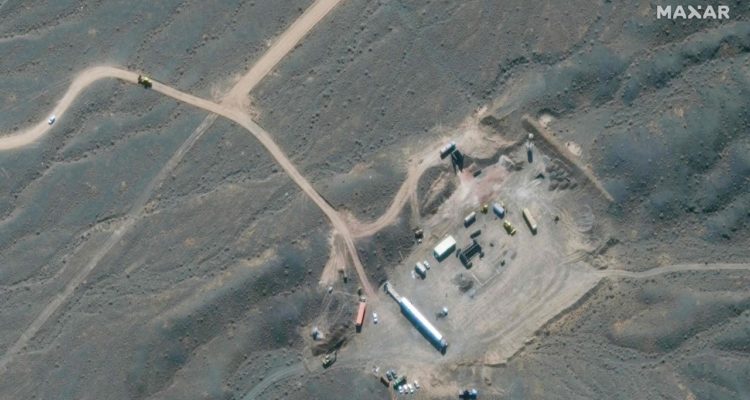 An explosion shook the area near Iran’s main nuclear-enrichment plant late on Saturday, prompting conflicting explanations from Iranian officials as Tehran engages in talks with world powers over its nuclear program.

The blast was heard in the area of Badroud, around 18km from the Natanz nuclear site, according to IRNA, Iran’s state news agency.

The incident involved a sound and then a flash of light in the sky, reported Fars News Agency, an organisation close to the Islamic Revolutionary Guard Corps.

Natanz has been the site of attacks and sabotage in the past, but Iran didn’t immediately place blame on any foreign government and sent differing signals about what happened after reports of the explosion circulated in local media.

An Iranian army spokesman played down the explosion on state television, saying a missile system had been test fired and there was no reason to be concerned. A news agency close to Iran’s security forces, Tasnim, cited sources saying that a hostile drone had activated defence systems on Saturday night.

Iran has carried out periodic tests of its defence capabilities in central parts of Iran, including around nuclear sites in Isfahan, Arak, Fordo and Natanz.

Read the article by Aresu Eqbali and Stephen Kalin in The Australian (from the Wall Street Journal).