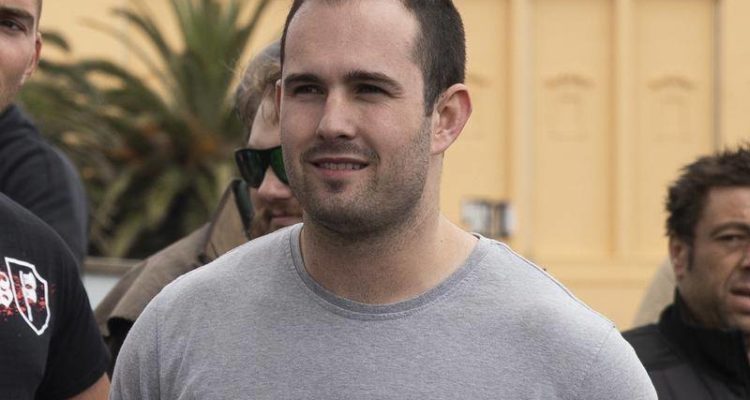 Prosecutors say Thomas Sewell is a leader of a neo-Nazi organisation.

A man police say is the leader of the Australian nationalist socialist movement has been granted bail as he awaits trial on allegations he attacked and robbed a group of hikers in regional Victoria.

Police allege Thomas Sewell was one of 15 neo-Nazis who surrounded a car with three hikers inside, and kicked and punched the vehicle at the Cathedral Range State Park, north-east of Melbourne, on May 8.

Police say the men, dressed in black T-shirts emblazoned with a white Celtic cross and some of them wearing balaclavas, ran to the car after their group saw a hiker filming them with a mobile phone.

Mr Sewell is accused of punching and smashing a car window. Police allege the neo-Nazis demanded the hikers hand over their phones before they were allowed to drive away.

Mr Sewell, 28, was this week described in the County Court by a detective as a believer in a “neo-Nazi ideology” who had previously described himself as a “political soldier for the white race” and claimed that “Adolf Hitler is my leader”. Police believe he is prepared to use violence to advance his ideological beliefs.

The former soldier has pleaded not guilty to charges including armed robbery, violent disorder, affray, criminal damage and assault, and was granted bail on Thursday despite police concerns he could have followers contact the hikers and that his rhetoric and alleged criminal conduct has escalated this year.