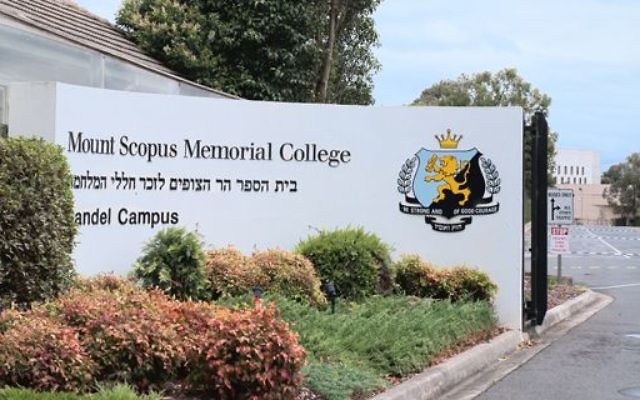 A teacher has been fired from Mount Scopus Memorial College after former students made complaints about inappropriate conduct.

“In recent weeks, complaints have been made by a number of former students that a member of staff had previously engaged in inappropriate conduct with secondary students, in breach of college protocols and policies dealing with staff and student interactions,” he said.

“The college takes these complaints very seriously. We are taking any and all steps needed to understand the extent, and impact, of any such conduct on any current and former students.

“This type of conduct is wholly unacceptable and has no place in any school setting.”

Rabbi Kennard said that following an independent investigation “the staff member no longer works at the college, and we have reported these matters to all the relevant authorities”. He thanked the “brave” former students for coming forward.

Read the article by Anna Prytz in The Age.