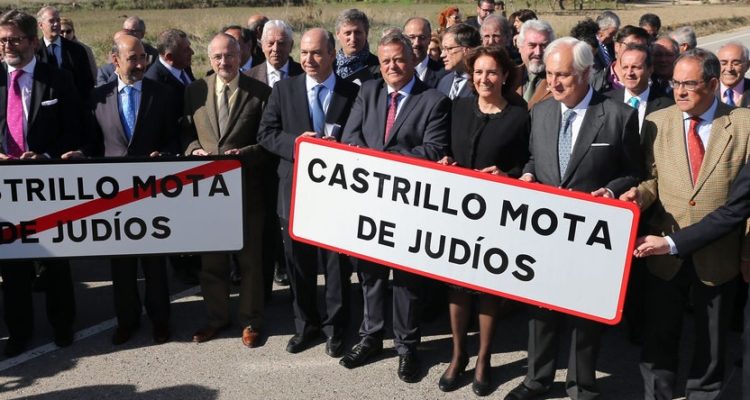 A village that changed its name from ‘Fort Kill the Jews’ vandalized with anti-Semitic graffiti, say reports

A Spanish village that was once called ‘Fort Kill the Jews’ but recently changed its name has been hit by a wave of antisemitic graffiti.

Landmarks in what is now known as Castrillo Mota de Judíos, Jews’ Hill Fort, or Jews’ Hill Camp, near Burgos, northern Spain, were vandalized. The graffiti claimed the mayor had “sold out to the killer Jew.” Another slogan was “Juden Raus,” German for Jews Out.

The settlement was named Fort Kill the Jews in 1627 during the religious persecution of the Jews in the Spanish Inquisition. It had been a thriving medieval town known as the Jews’ Hill Fort.

The name was changed back to the original after a referendum was held in 2014 by Mayor Lorenzo Rodríguez.

The graffiti also hailed Tomás de Torquemada, the Grand Inquisitor of the Spanish Inquisition, when hundreds of thousands of Jews and Muslims were forcibly converted, tortured, and killed in the 15th and 16th centuries.

Read the article by Bethany Dawson in Business Insider Australia.