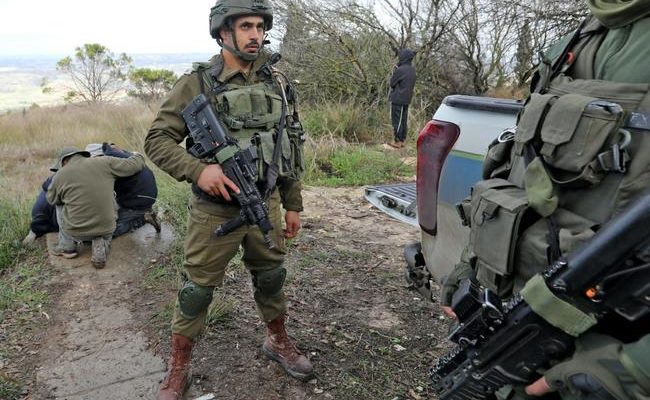 Jmedia Manager
Print
December 18, 2021 28
Israeli soldiers carried out a manhunt Friday in the occupied West Bank, a day after the army blamed Palestinians for shooting dead an Israeli settler and wounding two others.

The army, which said Palestinian “terrorists” carried out the attack, has deployed three extra battalions as well as special forces.

“We arrested last night a number of suspects… sooner or later we will find the perpetrators.”

Israel seized the West Bank in the 1967 Six-Day War. Since then nearly 700,000 Jewish Israelis have moved into West Bank and east Jerusalem settlements that much of the international community regards as illegal.

The car’s driver and another passenger were injured by shattered glass and taken to hospital, but their wounds were not reported to be serious.