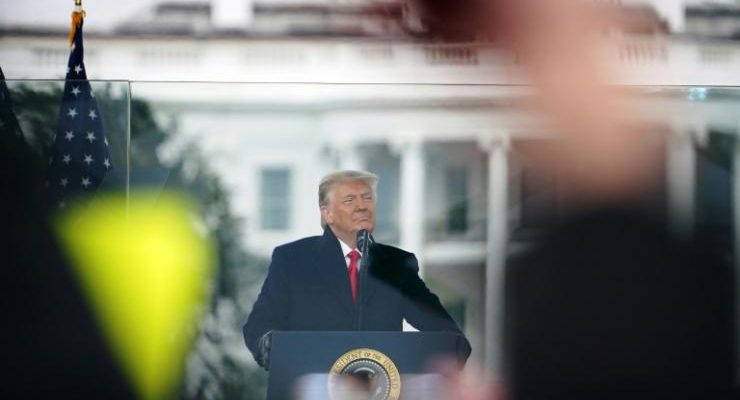 On January 6, 2021, outgoing president Donald Trump called on supporters to go to the US Capitol to "stop the steal" of the election, which he had lost to Democrat Joe Biden

Excerpts of an interview Donald Trump gave were released on the podcast “Unholy: Two Jews On The News” Friday that are landing the former President in hot water with remarks about the Jewish community in the United States that are being panned as anti-semitic.

“I’ll tell you, the Evangelical Christians love Israel more than the Jews in this country,” Trump said in the interview.

Trump also discussed his father’s close relationships with Jewish people in Brooklyn and Queens and stated that Jewish people in the U.S. used to have a love for Israel, but that it has dissipated over the years.

“It used to be that Israel had absolute power over Congress. And today I think it’s the exact opposite. And I think Obama and Biden did that. And yet in the election, they still get a lot of votes from Jewish people, which tells you that the Jewish people, and I’ve said this for a long time, the Jewish people in the United States either don’t like Israel or don’t care about Israel,” Trump added.

Trump went on to bash The New York Times’ reporting on Israel as well.

Read the article by Maggie Valenti in the International Business Times.