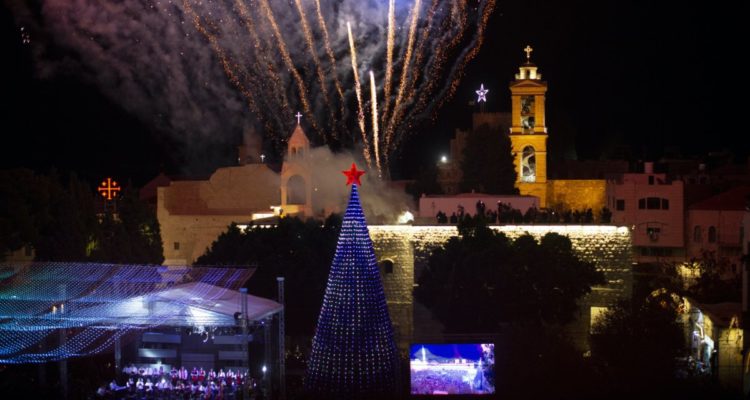 There will be no US church choirs singing carols in Bethlehem’s Manger Square to mark Jesus’ birth this year at Christmas.

In late November, Israel imposed a ban on all incoming travel from the US just as the Omicron variant of the coronavirus was detected.

Beginning on Tuesday, Israelis may not travel to the US, either.

But there was one exception to the November-decreed lockdown: Birthright Israel delegations and similar Jewish travel programs were exempted. As late as Monday, 160 participants in Birthright’s free 10-day trips for young American Jews landed at Ben-Gurion International Airport outside Tel Aviv. No more Birthright travellers will be allowed in for now.

The exception for “Jewish tourism,” which Israeli Interior Minister Ayelet Shaked approved, drew outrage from Christian groups that had planned and paid for pilgrimages to the Holy Land at Christmas.

“I’m glad the Jewish groups are getting in, but be consistent across the board,” said Frank Cox, pastor of North Metro Baptist Church in Lawrenceville, Georgia. “There are other groups that want to experience Israel just as the Jewish people would.”

Cox was scheduled to take 40 of his church members to Israel and Jordan to visit the places where Jesus walked and preached. The trip had originally been scheduled two years ago. Last year it was cancelled due to the pandemic. This year, all 40 members had meticulously complied with Israel’s strict rules: vaccinations, a booster and three COVID tests (one before the flight and two after arrival).

Read the article by Yonat Shimron and Michele Chabin in Sight Magazine.