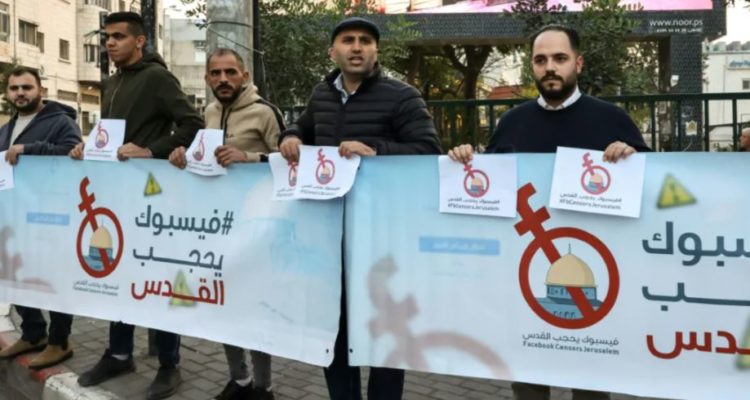 Jmedia Manager
Print
January 1, 2022 26
Palestinian journalists have raised the alarm over what they describe as unjust suppression of their content on Facebook, a claim backed by rights groups but rejected by the social media giant.

On December 4, Palestine TV correspondent Christine Rinawi posted a video on her Facebook account in which Israeli security forces were seen shooting a Palestinian on the ground, killing him. He had just carried out a knife attack on an Israeli civilian.

This was not her first experience with Facebook’s enforcement, and Rinawi said her account had already been restricted after she shared footage of a November attack in Jerusalem.

A spokesperson for Facebook’s parent company Meta said its policies “were designed to give everyone a voice while keeping them safe on our apps”.

Allegations of pro-Israeli bias at Facebook have simmered for years and were renewed in October when Human Rights Watch, a vocal Israel critic, said the platform had “suppressed content posted by Palestinians and their supporters speaking out about human rights issues in Israel and Palestine”.

One popular online news outlet, Maydan Quds News, may even have to fire reporters after its main Facebook page with 1.2 million followers was deleted, a source who requested anonymity told AFP.

It also strives to address “any enforcement errors as quickly as possible so people can keep sharing what matters to them”.