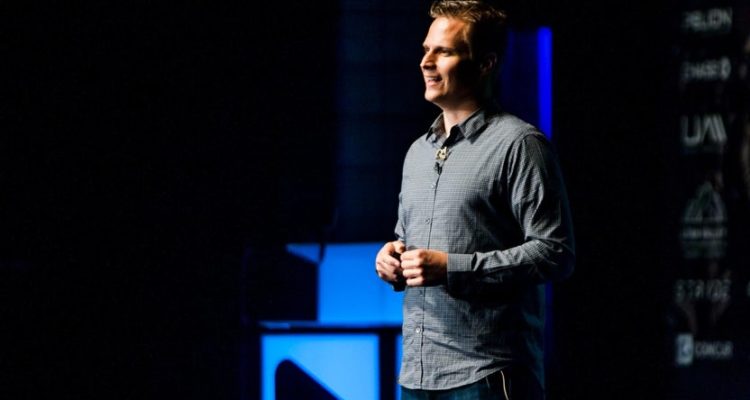 Dave Bateman, then CEO of Entrata, speaking at StarFEST at the Covey Centre for the Arts in Provo, Utah, in September 2015. (Photo: Stacie Scott/The Deseret News via AP, AP)

The founder of Utah-based property management software company Entrata, Dave Bateman, has resigned from the company’s board after sending an anti-Semitic mass email warning that coronavirus vaccines were a plot to “euthanise the American people,” adding “I believe the Jews were behind this.”

According to Fox 13, Bateman titled the email “Genocide.” and sent it to numerous prominent Utahns, including Governor Spencer Cox, Senate Minority Whip Luz Escamilla, Qualtrics CEO Ryan Smith (who also owns the Utah Jazz), and other tech CEOs in the region of the state known as the Silicon Slopes. Bateman opened the email by warning the message recipients were about to receive may come off as nutso, then dove straight into a convoluted theory that the vaccine is part of a Jewish plot to commit mass murder and infiltrate one of their own into the papacy.

“I write this email knowing that many of you will think I’m crazy after reading it,” Bateman wrote. “I believe there is a sadistic effort underway to euthanise the American people. It’s obvious now. It’s undeniable, yet no one is doing anything. Everyone is discounting their own judgment, and dismissing their intuition.”

“I believe the Jews are behind this,” he continued. “For 300 years the Jews have been trying to infiltrate the Catholic Church and place a Jew covertly at the top. It happened in 2013 with Pope Francis. I believe the pandemic and systematic extermination of billions of people will lead to an effort to consolidate all the countries in the world under a single flag with totalitarian rule. I know, it sounds bonkers. No one is reporting on it, but the Hasidic Jews in the US instituted a law for their people that they are not to be vaccinated for any reason.”

Read the article by Tom McKay in Gizmodo.