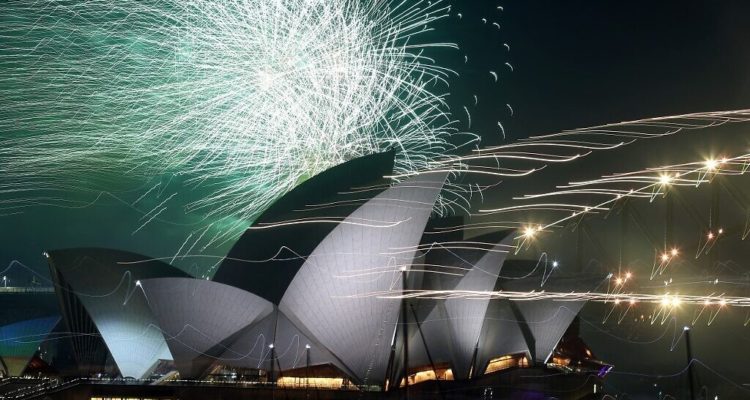 The "family fireworks", displayed three hours before midnight every year ahead of the main show at midnight, fill the sky over the Opera House in Sydney on New Year's Eve on December 31, 2021. (Photo by DAVID GRAY / AFP)

Gene Simmons has warned activists protesting against Israeli sponsorship of Sydney Festival that women who like wearing makeup and gay men wouldn’t be welcome in Palestine.

KISS frontman Gene Simmons has told activists protesting against the Israeli Embassy’s sponsorship of the Sydney Festival that women who like wearing makeup and gay men wouldn’t be welcome in Palestine.

His comments come after he and other Hollywood heavyweights signed an open letter urging organisers to resist calls to censor the festival because other artists felt “unsafe” that $20,000 of Israeli money was used to help stage the dance production Decadance.

“I fully support everybody’s point of view that might be different from mine, that is what democracy is all about, but it is misdirected … the people involved are young creative people who are apolitical, they’re just doing what they do,” he told The Saturday Telegraph.

“The best thing to do is to target the people who make policy, not people who are dancing and singing in front of you,” he said.

He acknowledged that Israel and Palestine had a long and storied history, but said Israel was a democracy while Palestine’s Hamas used rockets to settle scores.

“Israel certainly has a past, but you can be a Muslim, a Christian and a Jew and walk down the street next to each other and nobody is going to bother you … because it is a democracy. Not so across the border,” he said.

Read the article by Cristopher Harris in The Daily Telegraph.