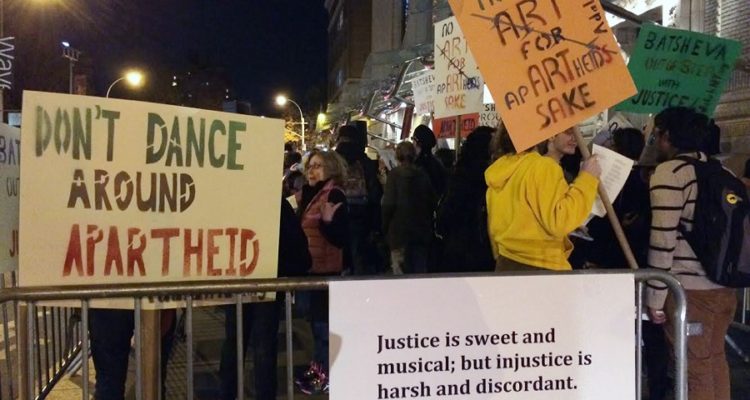 No excuse for isolating and vilifying Jews

Were an alien from Mars to visit Earth tomorrow and observe international affairs, it would likely leave utterly perplexed by one specific issue: why Israel, a country smaller than Tasmania and with a population comprising just over 0.1 per cent of the human race, manages to stoke fire and fury among so many, so often.

Nevertheless, that is the reality in which we exist, and once again Israel has landed in the headlines, albeit this time for unexpected reasons: an Australian arts festival, minuscule funding from the Israeli embassy, and an ensuing boycott campaign.

But amid calls to boycott the Sydney Festival over its Israeli sponsorship, there has been little discussion about what this actually achieves.

Inspired by the boycott, divestment, sanctions movement, which claims to seek “freedom, justice and equality” for Palestinians, proponents of boycotting Israel assert that as an unrepentant human rights abuser, it must be isolated internationally until it ends its oppression of the Palestinian people.

And yet, despite BDS’s distortions of history, its well-documented ties to Palestinian terror groups and its co-founder Omar Barghouti’s insistence that the movement “oppose(s) a Jewish state in any part of Palestine”, BDS’s ultimate achievement is often ignored – isolating Jews.

After all, says BDS, Israel is an irredeemable, colonialist, racist endeavour. And if Israel is supported by the vast majority of Jews worldwide, then that makes Jews, well, racists.

And we all know what should happen to racists.

Read the article by Josh Feldman in The Australian.