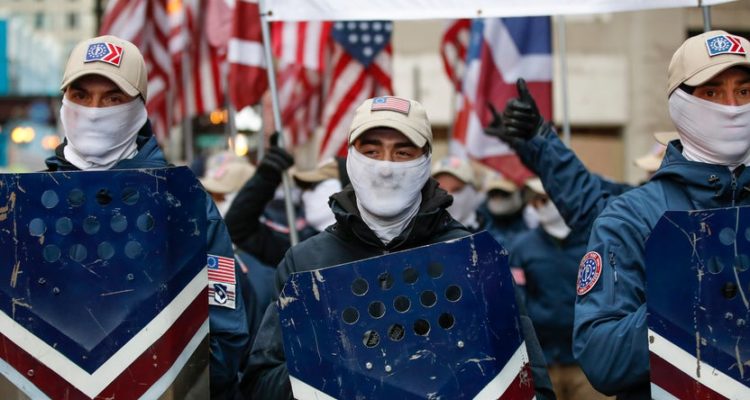 Anti-abortion demonstrators confronted the far-right group Patriot Front members who wanted to attend a March for Life rally in Chicago on Saturday.

In videos posted on social media, the white supremacist group members can be seen at the march in their signature khaki pants, navy blue jackets, baseball caps, and face coverings.

“What are you carrying shields for? This is a peaceful demonstration,” one March for Life demonstrator shouted at the group.

“You guys are an embarrassment,” the demonstrator said.

Another demonstrator can be seen shouting at the group for “hijacking a pro-life movement.”

According to leaked audio from a Patriot Front meeting in December, obtained by The Daily Dot, the group’s founder Thomas Rousseau told followers they had the support of people who attend events by the anti-abortion rights group March for Life.

Members of the group have attended several anti-abortion rallies in Chicago over the past three years, according to the Anti-Defamation League.