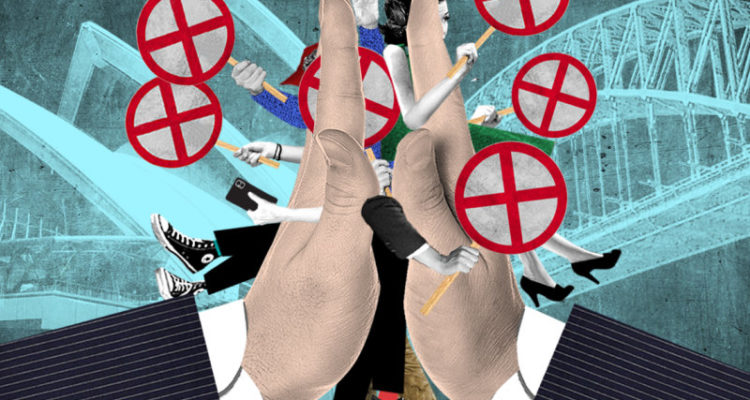 The story of Charles Boycott has a particular resonance in Australia right now. (Dionne Gain)

Boycotts are an essential and necessary part of public life

In 1880, in the west of Ireland, an English land agent had become notorious for the exploitative and mean-spirited way in which he treated the farmers on the property he managed. On this particular estate, negotiations over rent had turned sour and 11 of the farmers were threatened with eviction.

In protest, other farmers withdrew their labour and stopped harvesting the farm’s crops. Townspeople also shunned the land agent and shopkeepers refused to serve him. At the end of the year he fled Ireland as a result of the sustained social and economic ostracism. This particular land agent’s name was Charles Boycott, and it’s thanks to him and his actions that we use the term “boycott” to describe an organised campaign of non-participation.

The story of Charles Boycott has a particular resonance in Australia right now. Not only due to the current boycott of the Sydney Festival by dozens of artists opposed to the festival’s financial relationship with the state of Israel – a state that Human Rights Watch has found committed crimes of apartheid, a claim that the Israeli government for its part described as “preposterous” – but also due to fresh calls to ban the very act of boycotting.

Opposition arts spokesman, Labor’s Walt Secord, has called on the NSW government to introduce legislation to cut off funding to arts organisations that participate in a boycott of Israel. The proposed law mirrors legislation, resolutions and executive orders that exist in more than 30 US states.

Read the article by Osman Faruqi in The Sydney Morning Herald.