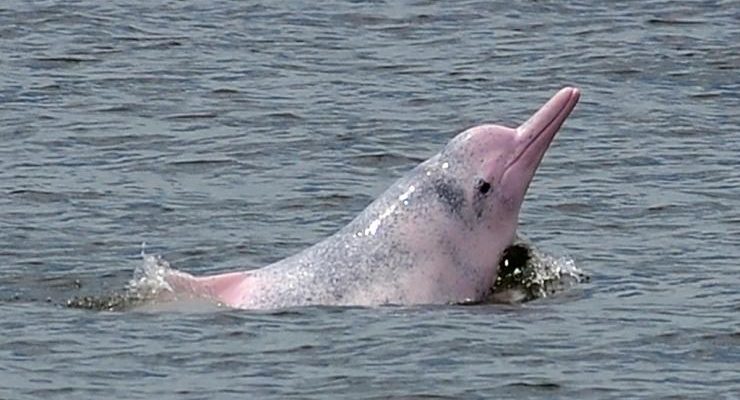 Palestinian terror organization Hamas has claimed that Israeli security forces used a dolphin equipped with combat gear to chase away its commandos off the Gaza coast.

The claim was made by the spokesman of the Al-Qassam Brigades naval commandos in a video, reported The Jerusalem Post.  Al-Qassam brigades is the military wing of Hamas.

According to spokesperson Abu Hamza, Israeli security forces used a dolphin to chase Hamas frogman commandos off the coast of the Gaza Strip during an operation that happened earlier.

He claimed that the mammal was equipped with a device capable of killing men. The video also showed the device the alleged “killer dolphin” was seen wearing.

Joe Truzman, a research analyst at the Foundation for Defense of Democracies’ Long War Journal, tweeted out the video.

His post read: “Killer Zionist dolphins exist, according to a Hamas publication. Abu Hamza explains that a member of Hamas’ Frogman unit who was killed by Israel during the May conflict found the killer dolphin. The device the alleged killer dolphin was wearing is shown in the publication.”

Though the terrorist organization did not reveal the exact nature and function of the device, Al-Qassam Brigades claimed it had information about a similar combat Dolphin incident that occurred in 2015.

According to Al-quds newspaper, a pro-Palestine media that published the claims, the dolphin was equipped with remote control, a camera, and a weapon that could fire harpoon-like projectiles. Al-Qassam Brigades claimed it managed to capture the mammal then.

Read the article by Meera Suresh in the International Business Times.