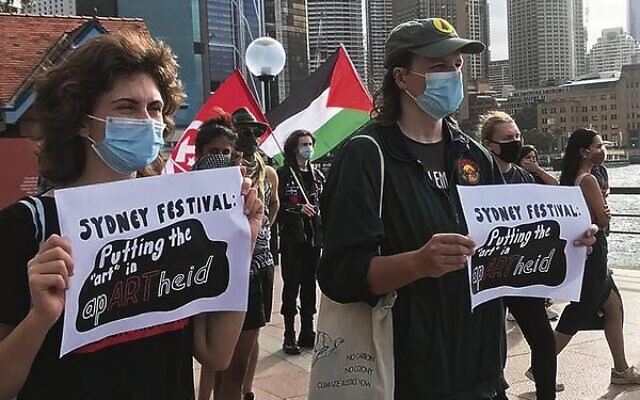 The world has just gone through Christmas, the celebration of the birth of Jesus Christ for Christians, and Hanukkah for Jews.

It was the celebration of liberation from oppression, freedom of worship and finding light in the darkest of times.

Ironic that both celebrate hope, a guiding or finding light in the darkest of times.

I say ironic because The Sydney Festival has been hit, through no fault of its own, by the Boycott, Divestment and Sanctions movement, known as BDS, because it accepted entertainers and money from Israel.

The Sydney Festival is a major arts festival in Australia’s largest city and was established in 1977.

It is a celebration of Sydney and what it has to offer, with programs featuring local and international artists covering contemporary and classical music, dance, circus, drama, visual arts and artist talks and discussions.

The festival brings together more than half a million people to enjoy these festivities in a show of peaceful harmony where people of different backgrounds can meet and see the best of each other through the arts.

The attempted hijack of the festival by the BDS-biased political campaign goes against all that the festive season and the Sydney Festival stands for — hope, a guiding light in the time of darkness; and family, the bringing together of people in a peaceful setting to appreciate the arts; and meeting and learning from each other.

Read the article by Warren Mundine in The Daily Telegraph.