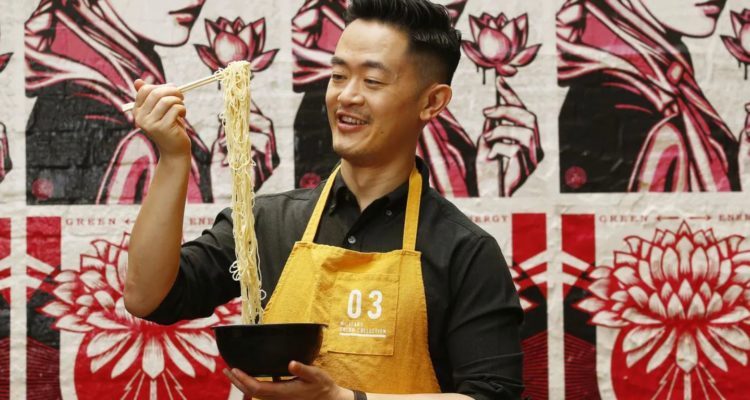 Benjamin Law in a Sydney Festival performance in 2019, before he joined the festival board. (John Appleyard)

A prominent member of the Sydney Festival board, broadcaster Benjamin Law, has resigned as the festival attempts to steer a course through a boycott protest over sponsorship from Israel.

A member of the board since April 2020, Law had been the subject of negative comment on social media in recent days as protesters continued their campaign of urging people to turn their back on the festival.

In a statement issued by the festival on Friday, Mr Law did not give a reason for resigning but said it was his decision.

“I am only comfortable departing now because I have every confidence in the remaining board directors for the process ahead, and I remain an ardent fan and supporter of (festival director) Olivia Ansell’s vision of a reactivated and dynamic Sydney,” he said.

Groups including Palestine Justice Movement Sydney organised the boycott because the festival accepted a $20,000 sponsorship from the Embassy of Israel, which it regards as an “apartheid state”.

More than 30 artists and companies – about a quarter – have pulled out from an initial festival program of about 130 events.

The statement on Friday acknowledged that the board, staff and artists had faced “significantly increased pressure” because of Covid and the boycott.

Read the article by Matthew Westwood in The Australian.