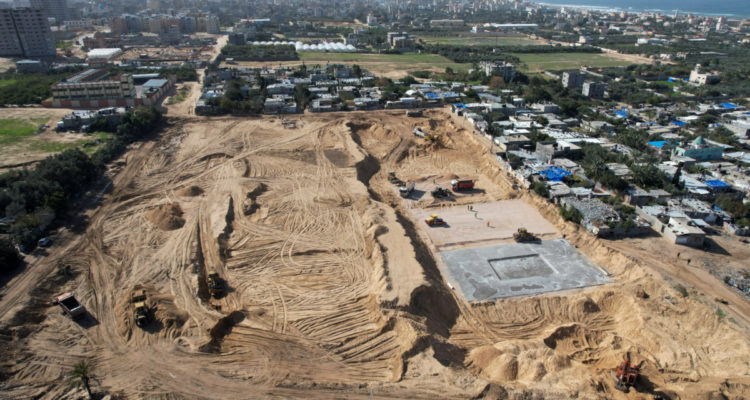 With most Gaza homes wrecked by war still in ruins, smiles for the lucky few

Palestinian Zeyad Abu Odah watched with a smile as his four-storey house, destroyed in an Israeli air strike in last May’s fierce fighting, was slowly being rebuilt in Gaza’s Beach refugee camp.

He is one of the lucky few. Only 50 of 1,650 homes wrecked in an 11-day war between Gaza militants and Israel are being restored, leading to frustration among Palestinians at the slow pace of reconstruction eight months after the conflict ended.

“When things started to move, we began to feel better. In six to seven months we will return to our house with our children and families,” Abu Odah, 60, said, as construction workers put the finishing touches to the first floor.

Abu Odah’s extended family of 50 members has been living in four separate homes since the conflict.

Gaza officials estimate that it will take $US479 million to rebuild homes and infrastructure damaged in the war. Qatar and Egypt have each pledged $US500 million for reconstruction in the Gaza Strip, which is run by the Hamas militant group.

Naji Sarhan, Gaza’s deputy housing minister, said only $US100 million had been made available so far and that, with Qatari funds, reconstruction had begun on 50 of 1,650 destroyed homes. Sarhan cited Israeli pressures, but did not elaborate.

“It is clear the Israeli occupation is exerting political pressure and making obstacles,” he told Reuters.

COGAT, the Israeli Defence Ministry’s liaison office to the Palestinians, did not respond to a request for comment.

Read the article by Nidal Al-Mughrabi (Reuters) in Sight Magazine.