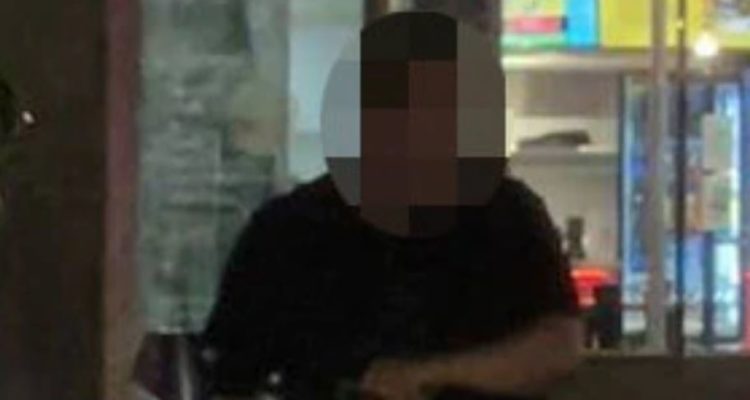 The man alleged to have drawn a Swastika on a Hawthorn Rd business.

A Jewish man has spoken of his horror after catching a vandal mid-act, drawing a swastika on a Caulfield South building.

A Jewish man has spoken of his horror after catching a vandal drawing a swastika on a Caulfield South building on the weekend.

He alleged the man left the hate symbol — along with a chilling anti-Semitic message — on a Hawthorn Rd business, in the midst of Melbourne’s Jewish community, on Sunday night.

The witness, who did not want to be named, said he was “so angry that this is happening in our country”.

“I was sick to the stomach to see this man vandalise the shop with this disgusting symbol,” he said.

“This is not right.”

Police are searching for the man after a friend of the witness, who arrived at the scene shortly after, called triple-0.

The friend followed the man from a distance and saw him also verbally abuse a group of young people, yelling a homophobic slur.

The masthead has chosen not to publish an image of the graffiti.

Anti-Defamation Commission Chairman Dr Dvir Abramovich, who campaigned to ban the hate symbol in Victoria, said there was a “swastika epidemic”.

“There is no denying that we have a major problem of rising anti-Semitism in Victoria,” he said.

“The swastika epidemic … that has reached fever pitch in Melbourne, is only getting worse.”