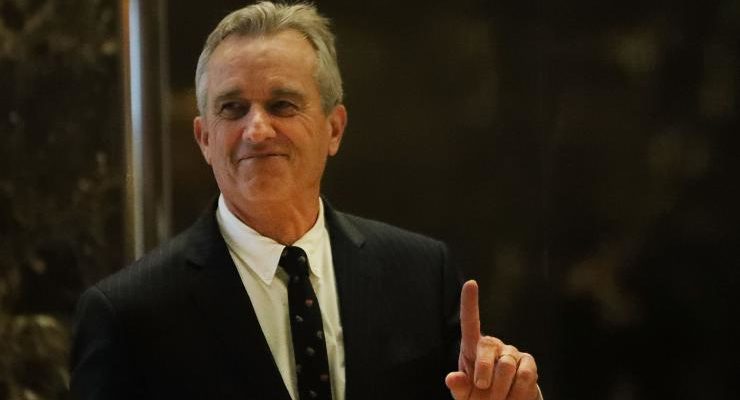 Robert F. Kennedy Jr. reportedly has a neurological disorder that affects his vocal cords and gives his speech a strained quality.

Robert Kennedy Jr. apologized for offensive remarks he made that implied Jews in Nazi Germany had more freedoms than unvaccinated people in America.

At a rally in Washington D.C. on Sunday, Kennedy remarked that “Even in Hitler’s Germany, you could cross the Alps to Switzerland. You could hide in an attic like Anne Frank did.” This is not the first time Kennedy has invoked the Holocaust to spread his message of distrust in COVID-19 vaccines, and he was swiftly met with backlash for the remarks.

Among those who slammed Kennedy were the Auschwitz memorial, as well as his own wife, actress Cheryl Hines.

Hines disavowed her husband’s comments as “reprehensible and insensitive” and said the atrocities of the holocaust should never be compared to anyone or anything. She also made sure to clearly distance herself by stating “His opinions are not a reflection of my own.”

In his apology, Kennedy stated he wanted to apologize for referencing Frank while also stating why he made the comparison.

This was not the first time Kennedy has invoked the Holocaust or similar comments to complain about vaccines and the pandemic, as he released a video last month showing Dr. Anthony Fauci in a Hitler mustache, the Associated Press reports. He has also complained that Fauci has been orchestrating fascism, and spoke to the Ron Paul Institute in October, where he compared the public health measures taken during the pandemic to Nazi propaganda, stating it was being designed to get people to abandon critical thinking.

Read the article by Ben Scheffer in the International Business Times.