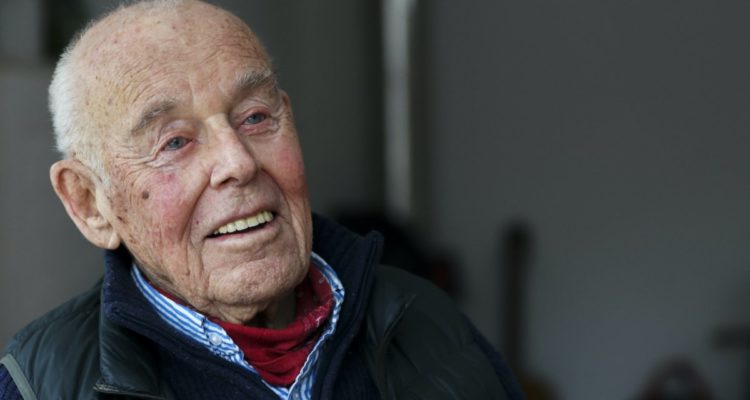 The 93-year-old Polish citizen Andrzej Sitkowski, who was named "Righteous Among the Nations" by Yad Vashem in 1995 talks to the Associated Press during an interview in Durach, on Tuesday, 18th January.(AP Photo/Alexandra Beier)

“Righteous among the nations”: Seventy-seven years after Auschwitz, Jews honour those who rescued them

Andrzej Sitkowski was 15-years-old when his mother told him that she had been asked by a neighbor to hide a little Jewish girl from the Nazis at their home.

“It was a short conversation, and then, yes, we decided to take in Hadassah and she was brought over to our house in 1943,” Sitkowski says, looking back at those difficult years during World War II when he lived with his widowed mother Helena and younger sister Magda on the outskirts of the Polish capital of Warsaw under German occupation.

“Of course, we were afraid, but fear was our daily dish during those years anyway,” Sitkowski told The Associated Press at his home in the Bavarian village of Durach where he settled 10 years ago with his German wife.

Almost eight decades after Hadassah Kosak’s rescue, the 93-year-old Polish man is still regularly in touch with Kosak, now 84, who after the war immigrated via Israel to the United States where she became a professor of history in New York.

For their efforts to help save the lives of Kosak, her sister Marion and their mother Bronislawa, who later also came to stay with the Sitkowskis, Andrzej and his mother were given Israel’s highest honour in 1995. They were named “Righteous Among the Nations” – a title bestowed on non-Jews who took great risks to save Jews during the Holocaust by Yad Vashem, the country’s official Holocaust remembrance organisation.