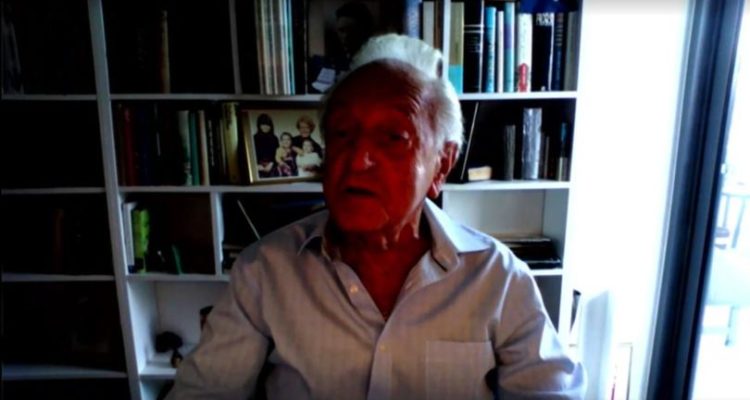 A 97-year-old Holocaust survivor has explained how he and other Jewish people feel when they see Nazi symbols on Australian streets.

The man was among Holocaust survivors and descendants to welcome a NSW push to ban Nazi symbols.

A parliamentary inquiry into the proposed new ban heard the use of swastikas and the Nazi flag was “visceral and psychologically disturbing” to survivors and other Jewish people.

“It’s about hatred, a hatred by the Nazis not only of the Jews … but anybody who was against them, and for that reason, still today, the sight of any Nazi flag with the swastika is very disturbing to me,” Joseph Symon, 97, told the hearing.

There were 31 incidents of people displaying the Nazi flag in 2020 alone, according to a joint submission by the Jewish Board of Deputies and Hindu Council of Australia.

Bill proponent and Labor MP Walt Secord said it was a “landmark” moment to receive a joint submission by those two groups.

The proposed bill has an exception written into it for Hindus, Buddhists and Jains, who used the swastika as a religious symbol for centuries before Adolf Hitler’s National Socialist German Workers’ Party co-opted the hooked cross.

About six million Jews were systematically murdered during the Holocaust, a genocide perpetrated by the Nazis.

Other groups such as Roma people, disabled people, and homosexuals were also targeted.

Read the article by Anton Nilsson in The Australian.