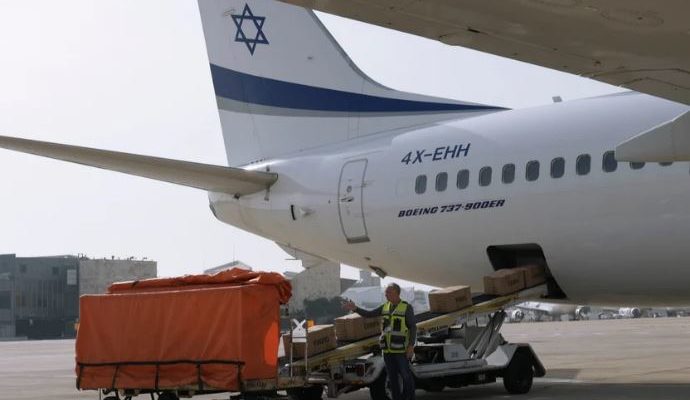 Workers load packages of Israeli humanitarian aid to assist people caught up in the fighting in Ukraine. (Tsafrir Abayov/AP)

At least 14 private jets from Russia have landed at Ben Gurion Airport in Israel, per a report by The Times of Israel.

The report cited a broadcast by Israel’s Channel 12, which said that a number of rented private planes were coming from Russia and were landing in Israel. The owners were unidentified and this has led to speculation that oligarchs may be looking at ways to slip around sanctions.

Ben Gurion Airport did not immediately respond to Insider’s request for comment made outside of normal US working hours.

Sanctions have ramped up against oligarchs amid Russia’s invasion of Ukraine, which started on February 24. The US and EU announced on Friday that they were taking further steps to isolate Russia from the global financial system.