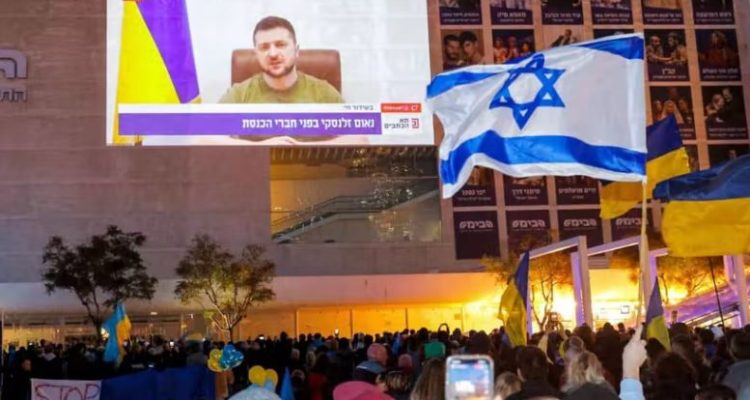 Since Russia invaded Ukraine, there has been no shortage of historical analogies used to explain the conflict. From Stalinist terrors to the Cold War, Russian and Ukrainian leaders – and politicians from around the world – have sought to make links between the ongoing situation and historical points of reference. But Ukrainian prime minister Volodymyr Zelensky’s latest reference point – comparing the conflict to the Holocaust – is a step too far.

Last night, Zelensky pleaded with the Israeli Knesset to support Ukraine amidst. He was praised by some for his emotive speech, which Nachman Shai, the minister of diaspora affairs in Israel, described as heart-piercing. Other Israelis were far less sympathetic.

Zelensky made frequent references to events of the 1940s including the comparisons between ‘The Final Solution to the Jewish Question’ adopted at the Wannsee Conference in January 1942 and what he considers to be ‘The Final Solution’ adopted in the contemporary climate towards the Ukrainian people. Israeli communications minister Yoaz Hendel spoke for many when he said that while he ‘supports the Ukrainian people in heart and deed…comparison to the horrors of the Holocaust and the final solution is outrageous.’

Zelensky also made comparisons with the Ukrainian Righteous Among the Nations who saved Jews during the Holocaust, implying that the Israeli population could return the favour by saving Ukrainian during the ongoing war.

Read the article by Isabel Sawkins and Grace Rollison in The Spectator.