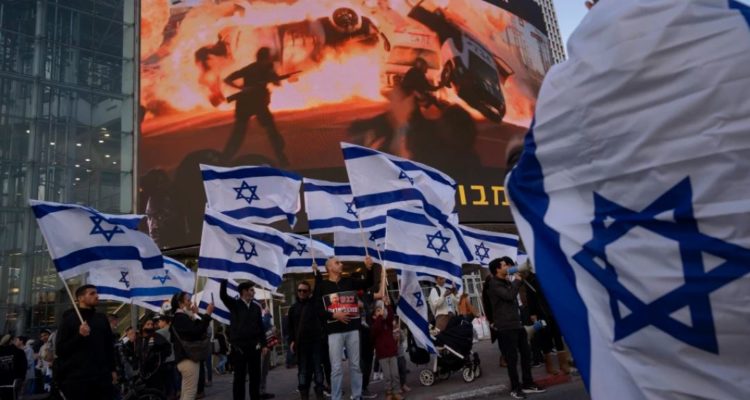 After attacks, Israeli PM urges citizens to carry their weapons

Tel Aviv: Following three deadly attacks in Israel in a week, Prime Minister Naftali Bennett has told licensed citizens to carry weapons in public and announced soldiers would be able to take theirs home on weekends.

In a video statement on Thursday (AEDT), Bennett said the country was “currently experiencing a wave of murderous terrorism”.

“What is expected of you, citizens of Israel? Alertness and responsibility. Open your eyes. Whoever has a licence to carry a weapon, this is the time to carry it,” he said.

The attacks by Palestinian assailants have killed 11 people in the deadliest spate seen in years, and raised questions over Israel’s approach to its conflict with Palestinians, after years of efforts to sideline the issue and focus instead on other regional priorities.

In Tuesday’s attack, a 27-year-old Palestinian from the West Bank methodically gunned down victims, killing five. On Sunday night, a shooting attack by two Islamic State sympathisers in the central city of Hadera killed two police officers. Last week, a combined car-ramming and stabbing attack in the southern city of Beersheba — also by an attacker inspired by IS — killed four.

The two earlier attacks were carried out by Palestinian citizens of Israel; in all three incidents the attackers were killed by police or passersby.

Read the article by Tia Goldenberg in The Age.