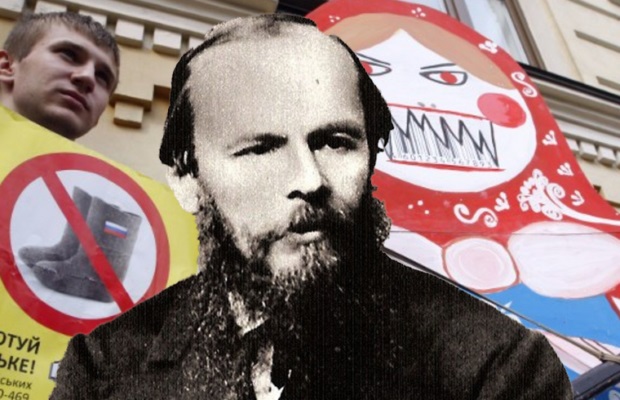 Deleting Dostoevsky: Are we boycotting Russia or Russians?

If we want to stand with the Ukrainian people under attack and the Russians protesting this invasion, our actions need to be meaningful and directed rather than a renewal of McCarthyism.

If you have tuned into the news this past month you’ll know cheesy 80s-cold-war portrayals of Russians as bond villains, bandits, and general baddies are back in vogue. It certainly is no secret there has been a renewed rush to condemn all things Russian.

I am not a geopolitics expert, so I’ll make like Basil and not mention the war. However, I will explore the ‘third front’ in this conflict — the one concerning culture — and evaluate the West’s cultural boycott of Russia.

The idea that a solely economic boycott is insufficient in disempowering a state is nothing new: cultural boycotts were successfully waged against apartheid South Africa, and continue to be waged against Israel for its own apartheid state and occupation of Palestine. The premise behind a cultural boycott is that the arts are a tool of statecraft — they legitimise ideology, the authority of heads of state, and their politics. While the current cultural boycott of Russia understands this premise, it fails to undermine the state without harming the individuals that live within its domain.

In the week following the invasion, Glasgow Film Festival categorically dropped all Russian titles from its lineup — including No Looking Back by Kirill Sokolov and The Execution by Lado Kvataniya. Both directors have openly condemned the invasion of Ukraine. Sokolov has Ukrainian family himself, and Kvataniya is no friend of the Russian state either, having worked among various dissident artists and experienced censorship. Such a decision was also mirrored by the European Film Academy, though the Venice, Cannes and Berlin Film Festivals have refused to ban Russian filmmakers, instead excluding only official representatives of the Russian state. The latter is more effective as it delegitimises allies and agents of the Russian state instead of its citizens.

Read the article by Huw Bradshaw in Honi Soit.